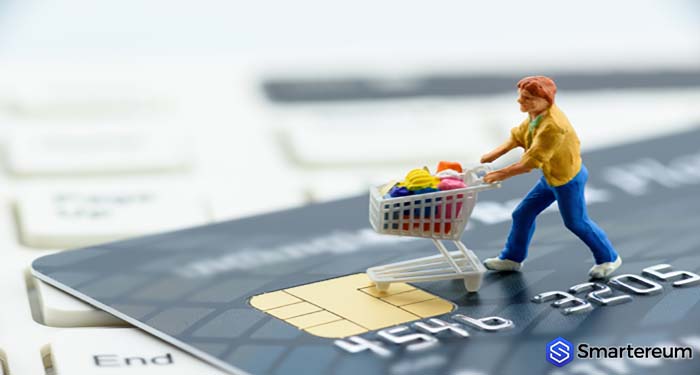 Blockchain technology used to be confined to bitcoin and cryptocurrencies in general but that is no longer the case. The technology which powers cryptocurrency is now being harnessed to disrupt various industries and conventional processes. In fact, blockchain and other distributed ledger technologies (DLTs) are unnumbered among emerging technologies which will revolutionize most if not all sectors. The retail sector is one of the areas enjoying the benefits of blockchain adoption.

In the past couple of months, there has been a slew of blockchain patent applications, trails and implementation by retail sector players. And, that’s for good reason.

Why Blockchain is ideal for Retail

A blockchain, often referred to as a distributed ledger, is basically a decentralized, digital sequence of records shared on a public network that cannot be easily tampered.  The key qualities of blockchain that makes it ideal for retail networks is its transparency and immutability which removes the need for a party on the supply chain to trust another party.

Here are a few ways blockchain can solve major pain points in the retail sector thereby transforming the standard processes in the sector.

Blockchain help retailers to better track their shipments and proper stock-taking since all the inventory is visible at every point of the supply chain. Participants can know in real-time the level of stock and the status of new shipments. Since blockchain is immutable, involved parties are guaranteed accurate data per time.

”In retail, the two biggest issues from a data perspective are understanding and knowing where your inventory is — whether it’s in your supply chain or in the store or online — and then matching that with the right customer.”

Blockchain networks allow products to be traced from the source to the end point on the supply chain making it easy to track the safety of the product. Since the chain is updated in real-time parties on the network can identify the point where an unsafe product goes into the supply chain. The Food Traceability Initiative by Walmart and IBM is a perfect illustration of this benefit.

The initiative which begins proper next year will enable Walmart to trace the origin of leafy greens back to their source in about 2 seconds. Put in perspective, it took about one week to do this with less accuracy. Through the power of blockchain, Walmart can more easily cope with issues like the E. coli outbreak that contaminated romaine lettuce earlier this year. This use case of blockchain would, no doubt, spread to other areas since it was prioritized for leafy greens following the outbreak.

Retailers and popular brands are often burdened with the problem of counterfeit products especially of clothing, cosmetics, and luxury products.

Again, with a transparent and immutable network that links all points on the supply and delivery of product, retailers can verify the authenticity of their products and the sources whether they are new or used items.

”If you are tracking it on blockchain and integrating all of these systems so that once it leaves the packager and goes to the first distributor these events are recorded, you can determine at what point the chain was broken.”

A lot has been said about the poor welfare of workers along the supply chain whether it is in the cash crop farms in Africa and Asia or the manufacturing plants in Asia. The International Labor Organization estimates that nearly 25 million people work in forced-labor conditions worldwide, of which 47 percent are in the Asia-Pacific region.

As Smartereum reported, Coca-Cola in partnership with the U.S. Department of State agreed to use blockchain technology to check the forced labor used along the supply chain for the company’s products. The beverage giant believes the transparency afforded by blockchain will curb issues of child labor, forced labor, and land rights at the source of its raw materials.

In the same vein, blockchain is also helping ensure ethical practices along these supply chains, by giving an accurate and immutable record of where a product came from and where it passed through to get to the retailer and finally the end user.

Diamond manufacturing company, De Beers recently partnered with blockchain startup Everledger to develop a blockchain solution that tracks diamond from its source. A solution like this will prevent the unethical mining of diamonds to sponsor wars and violence in the producing region—speak of ‘blood diamonds’.

Retailers deal with a lot of customer information some of which are personal and are best kept private. Normally, this information is used to tailor adverts to these customers and manage their preferences. But as have been seen with the Cambridge Analytica scandal and other similar scandals, there’s need for a better way of storing and managing personal data. One that may not require a central server.

Blockchain allows retailers to tailor services and ads to its customers without having their data on a central server. During an interview with Smartereum, Rebecca Lerner Vice President at Madhive & MAD Network explained that blockchain can be used to replace the Open Real-Time Bidding ad system. She said her organization developed a blockchain solution that allows ads to be targeted at customers based on information stored right on their devices thereby protecting the privacy of the customers. Other companies like telecoms giant AT&T and pharmaceutical giants Bayer are also looking to blockchain to track advert data and ensure privacy in the digital ad space.

Just like with the last point, popular brands and retail outlets can use blockchain to improve its customer loyalty programs. This can be through the issuance of loyalty tokens on a blockchain network or leveraging blockchain for its digital sales coupons.

Will Parker, co-founder and Chief Marketing Officer at A7 Core said his company is leveraging blockchain to help retailers build and maintain a relationship with their customers regardless of its size. He explained that the company developed a protocol on the ethereum blockchain which allows retail brands issue and manage digital coupons with ease while maintaining the top security and privacy of customers.

An area where blockchain is making probably the biggest impact is in the fintech sector where major payment facilitators are considering the tech for real-time cross-border payments. Retailers would benefit greatly from this especially for its international customers.

Using blockchain, these retailers can bypass credit cards and the high processing fees that come with them. According to Steve Sarracino, founder of venture capital firm Activant Capital Group, if retailers can charge customer directly, they could double their profit margin and will be able to sell at lower prices.

Challenges of Blockchain Adoption in Retail

As a network technology, blockchain requires that all points related to the supply and retail process to participate in data feeding so there is no gap. Right from the start of the chain, members would input every new transaction up—whether it is a product leaving the port of reaching the shelves. These transactions (or info) is linked with all others on the network and stored on multiple devices making it almost impossible to be manipulated.

This dependence on input from participating entities lies one of the weaknesses of blockchain solution because every point has to be active. Also, accurate records must be fed into the system which means a human-computer interface as well as an analog-digital interface. Any inaccuracies in the analog phase may undermine the solution offered by blockchain.

The retail sector is also not immune to the major barriers of blockchain adoption including problems of interoperability between blockchain networks, scalability issues, and regulatory uncertainty.

Blockchain has very important implications for the retail sector although most of these are under-the-hood improvements. Like we’ve discussed, the technology is impacting the supply chain and transaction aspects of retail business, areas the general public may not easily notice. These are nonetheless very crucial to the transformation of the sector and major players are getting in on blockchain.

Just like Walmart which is putting its leafy greens on the blockchain, Alibaba is adopting blockchain solutions for its subsidiaries. Its subsidiary T-Mall announced that it was considering a partnership with logistics firm, Cainiao to track its cross-border shipments using a distributed ledger. Information such as the country of origin, shipping port, arrival port, method of transport as well as customs details can all be recorded and tracked on the blockchain platform.

As blockchain technology continues to mature, retailer both big and small can benefit from the transparency, trust and transaction efficiency it brings.