How Do ISOs Work?

Everyone knows that IOTA has had the primary goal of dominating the Internet of Things. Compared to other third generation projects, IOTA looks ready to take over the system. Some time ago, IOTA developed Tangle and replaced the blockchain with it making the platform blockless.

The Initial Service Offering is a model that offers anyone who wants to build on Tangle an opportunity to build without minting tokens and selling them afterwards as it is with Initial Coin Offerings. These ISOs will be conducted with the MIOTA tokens and not other ERC-20 tokens. Instead, participants will be promised products or services. This way, there will be less speculation on new tokens.

You’ll recall that in 2017, investors saw ICOs as guaranteed investment options that would certainly bring profit. The speculation surrounding tokens was what led to the cryptocurrency bubble of 2017. Unfortunately, ICOs eventually became a way for investors to lose money. Too many scam ICOs have cost investors billions within this year alone. Even some ICOs that start up in good faith were unable to deliver their promise. With the new system, there will be no need for network fees or central authorizes. ISOs may be the future of IOTA’s Tangle.

IOTA To Distance Itself From ICOs

IOTA is setting the pace for massive adoption. So, the IOTA community is looking for ways to reduce the price volatility and hype associated with the cryptocurrency community. This makes ISO the logical alternative to ICO. However, developers that intend to build tokens on Tangle, will not find it easy thanks to the measures the IOTA Foundation has put in place. 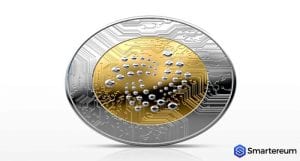 At the time of writing, MIOTA was trading in green against the USD and against Bitcoin. The 24 hour trading volume is $8,547,710 and the market capitalization is $1,370,025,824. This is a good thing for IOTA (MIOTA). If it keeps trading in green until the end of the week, the weekend is going to be bullish as well. It shows that the buyers are building momentum in the market.