The Litecoin development team has been working on the Litecoin Core 0.17 upgrade for a while now. The upgrade is finally ready and the leading development group claims that the update will reduce the fees for Litecoin transactions dramatically. As published by medium, the developers estimated that transaction fees on the network will go from $0.05 per KB to $0.005 per KB. The last time transaction fees were this low was in the year 2015. This is because most Litecoin blocks were empty. The developers also said that they were able to reduce the fees this time because many Litecoin blocks are empty again. The lead developer, Adrian Gallagher, said:

“We want to encourage people to use Litecoin more so we believe reducing the transaction fees is a good way to go. We haven’t moved close to our block limits and the disk have relatively small block sizes when compared to other platforms”.

During the bull run that took cryptocurrencies to their all time highs towards the end of 2017, the fees per transaction on Bitcoin went as high as $65 while that of Litecoin was as high as $1. For this reason, people had difficulty performing small transactions and this served as a hindrance for adoption. Reducing the cost of transactions now is a good way to prevent this kind of hike during the next bull run. He continued:

“I don’t think this bear market will continue much longer. Within the next few months, it should be over. So, reducing the price will lay the foundation for a proactive and not reactive fee rate when the bulls return”.

The team also talked about how miners earn the more by minting new coins in the fee market. This dependency on fees will increase when as inflation slows down. This is similar to what Charlie Lee Twitter in January.

Statistics show that each transaction on the Bitcoin Cash network within the last three months costs from $0.01 to $0.02.

Fees on the Litecoin network are typically four to five times more than fees on the Bitcoin Cash network. However, if the fees fall to $0.005 as the development team predicts, it will become cheaper to use Litecoin than Bitcoin Cash. Litecoin typically operates with a minimal fee set at 0.00001 LTC per KB. With the Litecoin Core upgrade, everything would change. 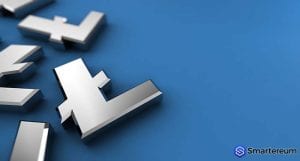 At the time of writing, LTC was trading at $52.11. This shows that it is down by 1.21% against the USD and down by 0.57% against Bitcoin. The 24 hour trading volume is $281,276,808 while the total market capitalization is $3,067,955,283. It’s important to note that LTC isn’t the only cryptocurrency that trading in red. The market was sudden attacked by the bears this morning. They pushed almost all Bitcoin-linked cryptocurrencies into a bearish zone.