Sometime ago, CoinBase was accused of insider trading. This was right after the exchange listed Bitcoin Cash (BCH). During a hearing on Tuesday, a United States district Judge Vince Chhabria, dismissed the suit against CoinBase that was filed by Jeffrey Berk. According to Jeffrey Berk, Bitcoin Cash was traded by insiders before it was listed on the platform thus hurting other investors.

Part of the original complain that was filed in March is as follows:

“Not that this is a surprise but some people were tipped off about the listing of Bitcoin Cash beforehand. Those insiders swamped GDAX and CoinBase creating sell orders and reducing liquidity while paying a fair price for the cryptocurrency. Unfortunately, this drove up the price of BCH for non-insiders to an unfair mark”.

While dismissing the suit, the judge said:

“The suit doesn’t have sufficient legal basis. It leaves a reader wondering what CoinBase would have done to roll out Bitcoin Cash more smoothly.”

Only one of Berk’s claims was not dismissed without prejudice. This is the complaint that was related to the Commodity Exchange act. His attorneys were given three weeks to amend the complaint and file it again. According to an attorney from Anderson Kill P.C, Berk lacks the standing to make this particular argument. In his words:

“They wanted to use the McDonnell and CFTC case. In that case, the court said that CFTC has enforcement jurisdiction regarding claims of contracts. The court dismissed the case because the party suing isn’t the CFTC and this has no futures-related claim”.

Berk’s attorney, said that she is preparing to file an amended complaint before the deadline is exhausted. 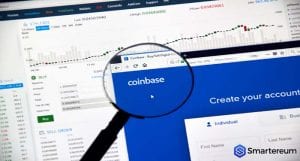 The dismissal comes as a victory for one of the largest cryptocurrency exchanges in the world. However, another motion that was filed by the exchange was dismissed as well. Berk initially denied a motion to compel arbitration by CoinBase. This was meant to force Berk to opt for an arbitration rather than a trial. This is according to the agreement in the company’s policy that Berk must have signed when he open an account with them. The judge also dismissed this motion without prejudice. The judge said that the fact that CoinBase tried to compel arbitration says alot about the company’s arbitration clause.

“CoinBase tried to compel arbitration and to dismiss the case at the same time. I believe this matters a lot to them. For the sake of their reputation, they would not want their cases to be tried in court. The court denied the motion because the arbitration clause only applies to matters that fall under contract”.

In the judge’s opinion, Berk’s claim that the exchange hurt investors through insider trading doesn’t fall under the contract. He noted that the user agreement was not referenced in the motion to dismiss. He said that there is no need to reference the user agreement when dealing with issues of market manipulation.

This isn’t the end or the case. Berk has time to amend the claim and present it before the court again. This amended claim is what will determine the future of the case.