Smartereum
Home Daily Price Analysis What You Need To Know About The Constantinople Fork On The Ethereum...

About one year ago, Hudson Jameson, one of the software developers with the Ethereum Foundation talked about the launch of a third protocol in the third stage of moving the Ethereum platform to the Proof-of-Stake – Metropolis. Since then, the developers have been working on the project but they did not announce the release date of the final stage called Constantinople. Constantinople is going to serve as a hard fork on Ethereum.

During the bi-weekly video call between developers on the 14th of September, the developers revealed that Constantinople was supposed to be released in November but the date was changed to January because of some consensus issues among members of the development team.

Since the development of the Ethereum blockchain, it has been upgraded four times. The platform for decentralized apps intends to migrate to the Proof-of-Stake protocol from the Proof-of-Work protocol. The ultimate goal is to make the platform as functional as possible. This will hopefully fix problems related to mining and scalability. The transition from one protocol to the other is scheduled to be part of the last upgrade on the network called Serenity. The network started working towards this goal right after it was launched.

Constantinople is a hard fork that is made up of five Ethereum Improvement Proposals. It is meant to allow a smooth transition from PoW to PoS. They would basically change the blockchain through different upgrades. This will stop backward compatibility. What this means is that the nodes will get updated synchronically at the same time with the whole system or it will run separately on the blockchain.

Constantinople is going to play a major role in delaying the difficulty bomb. It includes changes on the underlying economic policies on the Ethereum blockchain. It is going to delay the difficulty bomb. The production of new blockchains will be made more complex for miners. It will make mining less profitable and allow a smooth transition into the proof-of-Stake protocol. By reducing block reward, the chances of a chain split will be minimized.

The Constantinople is made up of five elements which are EIP 145, 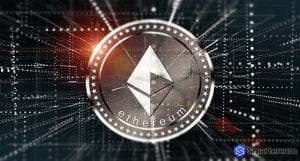