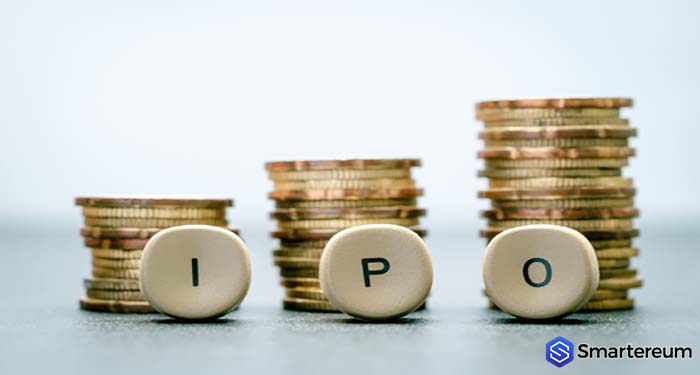 Bitfury, a prominent crypto mining firm and ASIC manufacturers, may soon become the first European crypto firm to become publicly listed, according to Bloomberg reports. The news outlet reported Thursday that Bitfury was planning an Initial Public Offering as early as next year citing people with knowledge of the matter.

Details of A Potential Bifury IPO

The major crypto operator, which have not given any public announcement in this regard, are reportedly considering three locations to launch their IPO namely, Amsterdam or London where it has its operational bases. It is also said to be considering Hong Kong which has been noted as being friendly for crypto-related businesses.

They are also said to be considering a range of funding options. One of the possibilities is debt financing where they can get funding without losing total ownership of the firm. This would attract some interest to be paid at a later time.

Another route it could take involves the sale of a minority stake in the firm which still leaves the operators with some control over the firm. They are reportedly speaking with a number of investment banks about these options.

If the firm goes public next year or the year after it will most likely be valued between $3 billion and $5 billion, although this will ultimately be determined by the state of the markets at the time of IPO.

IPOs in the world of Crypto

The cryptocurrency space has for long been associated with Initial Coin Offerings as the major source of crowdfunding which involves the creation and sale of digital tokens. But recently cryptocurrency businesses are opting for the more conventional IPOs either to compliment an initial ICO or as its main source of capital.

The news of a Bitmain IPO has refused to settle after biggest crypto mining firm indicated interest to raise funds through an IPO. As Smartereum reported, the Chinese crypto mining firm published its IPO prospectus to the Hong Kong Stock Exchange (HKEX) in anticipation of an IPO.

Bitfury, recognized as the largest non-Chinese crypto operator now seems to be towing a similar path but they wouldn’t be the first mining company to be listed outside China. As Smartereum reported in August, UK-based cryptocurrency mining company, Argo Blockchain became the first cryptocurrency company to be listed on the London Stock Exchange (LSE) after it raised $32.5 million from the public. This increase the firm’s valuation to $61.1 million.

However, Bitfury could still make history as the first major crypto operator to pull of an IPO, one which is expected to see its valuation rise to around $5billion.

Bitfury’s Growth in the Crypto Sector

Founded in 2011, Bitfury has evolved from a bitcoin mining firm to a “full-service” blockchain technology company developing software and hardware solutions for institutions including governments and large companies. The company posted an annual revenue of $450 million in March

On the BTC mining side of things, it recently launched a new generation Application-Specific Integrated Circuit (ASIC) mining rig, Bitfury Clarke which will be integrated to its mining centers in Canada, Iceland, Georgia, and Norway.