Not too long ago, Ripple released its Q3 report. As reported by smarttest.wpmudev.host, the report showed that the establishment was able to double profit more from the sale of the XRP token compared to Q2. Apparently, this isn’t the only good news in the report. Part of it shows that there was an increase in the number of institutional investors among other things.

Making up 0.43% of the global volume, Ripple successfully sold XRP tokens worth $163 million. Out of that number, $98 million was sold to institutional investors by subsidiaries of Ripple, XRP II, and LLC. Three billion tokens were released within the three months. Out of that number, 400 million was set aside for promoting the XRP ecosystem while 2.6 billion was place in a new account.

Brad Garlinghouse, the CEO of Ripple, has previously talked about RippleNet is making plans to increase its partners by 2019. In the report, he highlighted the growing interest of institutional investors in the XRP ecosystem. In his words:

“For a future announcement, one of the things I’ll tease about is that the Q3 reports will display a significant surge in the number of institutional investors who either want to buy or hold XRP”.

Regarding geographical trends and regulations, the report showed that 55% of the initial coin offerings that took place in Q2 were unable to hit their target. This is partly because authorities have been paying close attention to ICOs. This, in turn, is due to the number of scam ICOs that were carried out within last year and this year alone. While regulators are being extra vigilant in this regard, Ripple seems to be a friend to regulators when compared to many other new networks.

The sentiment around Ripple and the XRP token is currently positive. From one good news to the other, Ripple is set to have an excellent run in the last quarter of 2018. This is because institutional investors are game changers in the industry. They are crucial in expanding the market. 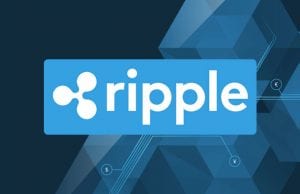