Smartereum
Home Cryptocurrency Why Choosing an Exchange Might Be the Most Important Crypto Choice You... 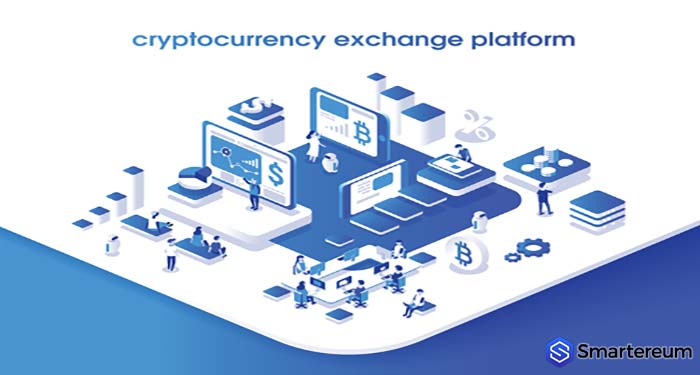 Getting involved in crypto comes with a lot of choices and decisions. This activity can be stressful at times, with challenges like choosing the right coins to invest in, deciding when to buy and sell, knowing what news to listen to, and many more.

One of the single most important choices you’ll make is picking an exchange. There are hundreds out there, so there’s plenty of choice, but that also means there’s a lot that can go wrong here.

Making the choice wisely could make a big difference in the long run, and failing to take proper care could leave you in tears.

Let’s look at why it’s so important to use the right exchange, and why this decision should be at the core of your crypto strategy.

Exchanges might not appear to be so important, on the surface. After all, they’re just a platform for buying and selling coins, right?

Well, there’s a bit more to it than just that. Exchanges play a serious role in the process of owning cryptocurrency, and are a vital tool. But many of them are bad news, for a variety of reasons.

For example, some exchanges can be dishonest about their fees and unreliable, resulting in you paying much more over time than you would with a better platform.

Suspiciously low fees can be the mark of an unreliable or unsafe exchange, so going for a bargain might not be the best idea. But exchanges should always been honest and clear about what they charge.

What’s more, crypto markets change fast, and you want to be able to access your coins at a moment’s notice. If your exchange is slow to respond and doesn’t care about its users, you could lose out when time is of the essence. The same applies when you have a problem and need support.

There’s also the issue of security, and this is maybe the single biggest reason to spend some time doing your homework on exchanges.

An exchange is a place to buy and sell coins, but it’s also a place to store them. That means your exchange is responsible for the safety of your coins for as long as you keep them there.

And exchanges are far from watertight. Mt. Gox, Bitfinex, and Bitgrail are just a few examples of exchanges that were hacked, leading to millions of dollars of losses and all kinds of market disruption. In many cases, the users lost their coins forever.

Imagine watching your portfolio grow and grow in value over time, your initial investment multiplying into a pulse-quickening sum… only to have it all taken from you overnight by a cyber-criminal.

It’s so important to pick an exchange that puts security first and strives to be there for its users in times of trouble. So. what should you look out for?

Earlier this year Binance caught some hackers in the act. Not only did they successfully reverse the irregular trades and ensure that no users lost any money, but they also managed to confiscate the hackers’ coins and donate them to charity.

This was an example of quick and decisive security measures; protecting users’ money while effectively punishing the offending parties and also giving back to society. Not a bad result.

Binance is a prime example in that case, being one of the only exchanges that never been hacked before. Follow this “golden standard” and don’t put your money in an exchange that doesn’t invest in security.

Look at where exchanges are storing their coins. Online ‘hot’ wallets are notoriously unsafe, and the reason for a number of the high-profile breaches we’ve seen. Exchanges should be keeping almost all of their users’ assets offline.

Do they have a good track record in dealing with security threats? Now-defunct exchange Mt. Gox failed to tighten up their defenses after a hack in 2011, which meant they suffered a devastating, fatal hack in 2014.

First, you need to know if the exchange supports your location, the coins you want to trade, and things like payment methods. This could narrow things down quite a bit. But after that, it’s up to you.

There are some definite red flags to look out for when choosing an exchange. Are they secretive and vague about fees? Are they poor or slow at communicating? Have they suffered hacks or breaches in the past, and dealt with them badly? What do existing customers say about them online?

Take the time to find out all these things; it shouldn’t take too long. If you’re unsure about an exchange, look elsewhere. There are hundreds of them out there, don’t rush into using one that feels even a little bit shady.

There are also green flags for exchanges, too. Here, look for signs of things like good communication, reasonable and transparent (but not too low) fees, and happy users.

With so many exchanges out there, it’s easy to find bad ones. But it’s also possible to find a solid, reliable exchange, and that should be one of the first things you do in the world of crypto.