If you’ve been paying attention to the progress of the industry, then you already know that cryptocurrencies have been bearish for months now. The bears started pressuring the market in February and refused to give the bulls a chance to recover long-term. Many cryptocurrencies have reached lows during this time that took them far away from their all-time highs. However, the strong ones still suffered this peril with hopes of recovery.

While some cryptocurrencies managed to hold on to some of the December 2017 gains, others didn’t. In fact, some are trading lower than they did this time last year. Yesterday, there was a sell-off that led to a price depression that took the leading cryptocurrency, Bitcoin, to its worst fall since October 11. As expected, other cryptocurrencies followed falling by 3-10% and breaking the 12-day consolidation. How are some of these cryptocurrencies doing?

ETH has suffered a lot from the price depression these past few months. A year ago, it was trading at $305. However, yesterday, the second largest cryptocurrency per market capitalization was changing hands at $197. Today, ETH is trading at $199.72. It is up by 1.13% and up by 0.52% but still far from the $305 point. 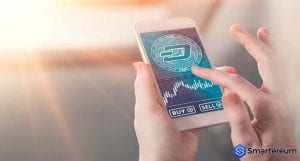 It’s true that the past year price surge was influenced by the ICO frenzy. However, no one would have been able to predict that the price will fall this low. When Bitcoin went near $20,000, all others followed. The total market capitalization rose to $817 because of the bull run. Many experts have predicted a recovery at the end of the year but with only two months left in 2018, it’s difficult to predict if the price action will change in favor of the bulls.

Currently, there are no signs of a long-term bullish reversal. In fact, the price may most likely continue being bearish until the beginning of next year. On the other hand, the cryptocurrency market is unpredictable. So, a lot can happen within the next 60 days of the year. The bulls can have a full comeback that will cause a spike in the price of all cryptocurrencies starting from Bitcoin.