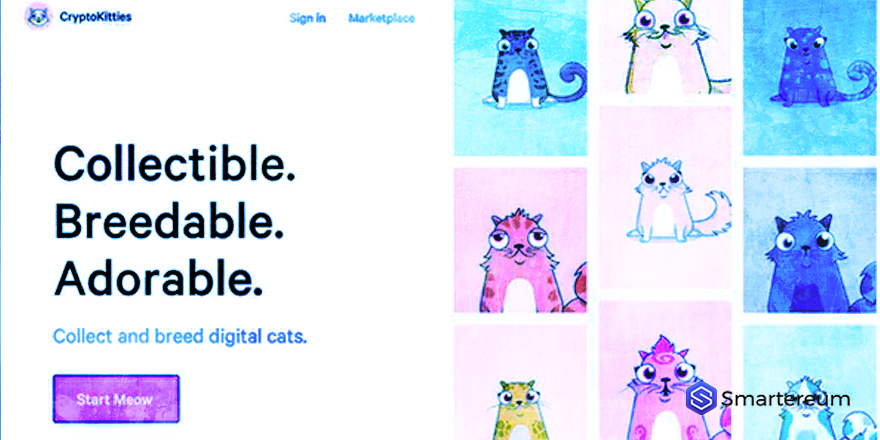 CryptoKitties, the popular crypto game that once clogged the ethereum network, is getting an upgrade—one that will be powered by investments from some high profile tech players and crypto investors. The game developer, Dapper Labs announced Wednesday that it secured a total of $15 million in new funding bringing its total investment received this year to $27million.

“This round of financing was about getting the right partners around the table to bring compelling content to the blockchain – and make sure usability and infrastructure allow for adoption by mainstream consumers.”

Dapper Lab which spun out of parent firm Axiom Zen to focus on the game had received an investment of $12 million earlier in the year. The funding round led by a16z and Union Square Ventures.

The investment enforces an area of the crypto space that has, more than many, appealed to the mainstream audience, the gaming sector. As Smartereum reported, a startup which was building an “eBay of crypto collectibles” got the attention of notable investors like Y Combinator, Founders Fund, Foundation Capital, Blockchain Capital, Coinbase Ventures, Chernin Group, Stable Fund, and Blockstack. It raised $2 million in May.

Cryptokitties allow users to own and raise virtual pets using ether [ETH] as the currency to pay for features on the platform. It became so popular that it caused the ethereum network, where it is deployed, to experience slow transactions raising concerns about the scalability of the network.

David Pakman, a partner at Venrock, expressed optimism about the market opportunities for this application of cryptocurrency in creating digital collectibles. He remarked:

“For the first time we can make scarce digital items, and I think that can usher in a mega-market of digital collectibles…I look for activities that consumers are already doing in very large numbers and then look for the digital equivalent.”

Creation of unique crypto collectibles is possible through the use of the ERC-721 token standard for non-fungible tokens. Dieter Shirley, the co-author of the ERC-721 token standard and also the Chief Technical Officer (CTO) at Dapper Lab hinted at a new release in the coming months. “We have a lot more experiences and plans for CryptoKitties and their users,” he said. The goal? to bring more people into blockchain.

“Ultimately, our mission here is to bring a billion people to the blockchain. We think blockchain has real value for consumers but we’re never going to get them to see that value by explaining it.”