Smartereum
Home Blockchain Ethereum Promises To Solve Scalability Problems Once And For All With Ethereum...

When Ethereum was launched, it’s developers envisioned it to be the greatest blockchain in the world. Since then, the platform has done relatively well taking a place as the second largest cryptocurrency per market capitalization and has become the favorite of dApp developers. Almost all the top blockchain projects are built on the Ethereum blockchain. While this is impressive, it doesn’t mean the platform is without its flaws. Apart from the price battle Ethereum (ETH) has been fighting for months, the network has also had scalability issues that arise with adoption.

According to Ethereum’s co-founder, Vitalik Buterin, Serenity, Ethereum’s new protocol, will put an end to scalability issues that have plagued the network for so long. Lack of scalability isn’t a problem that only Ethereum faces. Many other blockchains face this issue as adoption increases. However, to remain on top of the game of developing decentralized apps and smart contracts, Ethereum has to scale effectively. This means that upgrades must be made to reduce the cost of transactions and increase the network’s speed.

When compared to Ethereum, projects like NEO, EOS and even Cardano have better scaling capabilities. This is why any of these projects stand a chance of overthrowing Ethereum as the leading host for decentralized apps and smart contracts. 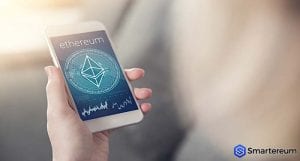 In an attempt to scale better, Ethereum developers have created different solutions including Plasma, Sharding, Casper, and Raiden Network. Unfortunately, these solutions haven’t been enough to cut it. However, Vitalik Buterin just announced that the network has had a breakthrough with Serenity. The announcement was made on the 31st of October at the DevCon 4. In Buterin’s words:

“Serenity was born as a result of the different strands of research we’ve been working on for the last four years. This includes what we’ve worked on with Casper”.

He also talked about other scaling solutions that they have been working on like eWASM and Sharding. After that, he made the announcement:

“Serenity is more or less a new blockchain because it is a data structure that has no link to the Proof-of-Work chain. The PoS chain will record the block hashes of the PoW chain. So, users will be able to move from PoW to PoS.

While Serenity is a new system, it is connected to the current system and the long term goal is to depend on this system. The blockchain will be 100% compatible with the already existing Ethereum blockchain. As soon as this new blockchain is tested, all the data and dApps from the Ethereum blockchain will be folded into a shard of the new chain. The new chain will be smaller than the current chain thus more scalable. Transactions will no longer take hours before they can be confirmed. The new model will solve the problem of synchronous confirmation as well. This will lead to an increase in adoption because small-scale retailers will be able to accept Ethereum as a method of payment.

If Serenity delivers on its promises, it will open Ethereum to mass adoption making it the best host for smart contracts and decentralized applications. While the Ethereum community is optimistic, this isn’t the first time Buterin is making such promises. The foundation has failed to deliver in the past.