Ripple has just announced the introduction of its history sharding protocol to tackle all the data issues associated with the XRP Ledger. With this new system, ledgers will no longer need to store all the history in the XRP Ledger. The history sharding feature will be available on Rippled version 0.90.0 and it will reduce the stress on data servers by eliminating the need for storing too much transaction history at a given time while they still store data efficiently. This feature isn’t meant to replace the ledger store, only assist it. It takes Ripple closer to solving scalability issues on the blockchain. It is especially important at this time since the number of users are growing rapidly. 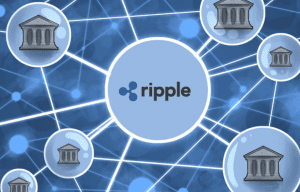 The Growing Blockchain And Scalability Issues

One of the major issues the blockchain technology comes with is scaling. This is because as more people and enterprises start using the blockchain, it becomes slower and more expensive to use. Servers on the XRP Ledger store more than eight terabytes of data to get its full history. However, the disadvantage of this is that it makes the network difficult to scale. The blockchain will not function as effectively as it should.

To combat this problem, Ripple has announced the release of a new feature known as sharding. The announcement was made in a blog post by the company:

“The history sharding will be available on the Rippled version 0.90.0. It will solve the issue of storage by distributing history into shards. Each shard is made up of data from different ledgers. With this feature, Rippled servers will be able to assist in storing historical data without storing the whole data history. According to Ripple:

Rather than replacing the entire ledger store, sharding creates a pathway that connects to the XRP Ledger Network directly. This subsequently keeps the history of the network intact with servers maintaining only shards. The servers will produce ledger deltas or proof trees confirming that they have all the data they intend to maintain. These shards on the server are chosen randomly and a normal distribution curve stores the entire history of XRP ledgers. This is how the network manages to keep accurate history.