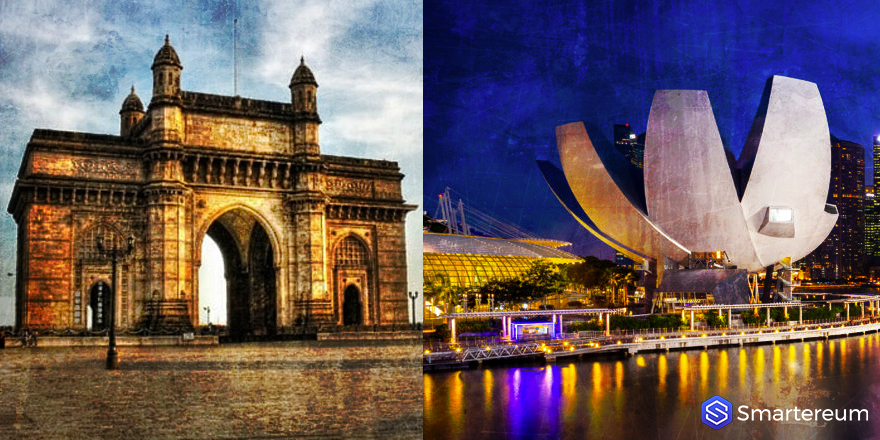 The memorandum of understanding which was signed between both the institutions enables joint innovation on blockchain-based applications. It was not just limited to blockchain but also included other technologies like big data as well as mobile payments and digitization. The memorandum of understanding will enable data sharing as well as information sharing between both the institutions. It will also enable the regulators to build a framework jointly which will benefit the entire financial sector.

Singapore is already ahead of a number of other countries when it comes to utilizing blockchain technology. It has been investing heavily, with the help of the Monetary Authority of Singapore, to innovate blockchain-based solutions. It is also investigating launching a token based on the Singapore Dollar, so that it can be traded as a cryptocurrency, called Project Ubin.

This is not the 1st time that the MAS has partnered with an Indian state. Previously, it also partnered with Andhra Pradesh to create a solution which will facilitate cross-border payments with the help of blockchain technology. The state government of Andhra Pradesh is known for its bold stance on upcoming technology. It is also a member of the Enterprise Ethereum Alliance. Therefore, it comes as no surprise that it is willing to develop new blockchain-based solutions in the nation with the MAS, which is a leader in this field. The MAS has been at the forefront in the Asia-Pacific region when it comes to building blockchain-based solutions.

This move will not only benefit the Indian states but also the Monetary Authority of Singapore to provide better and larger scalable solutions based on the blockchain technology over a period of time. The MAS will surely try to link more such deals with other Indian states in the future.