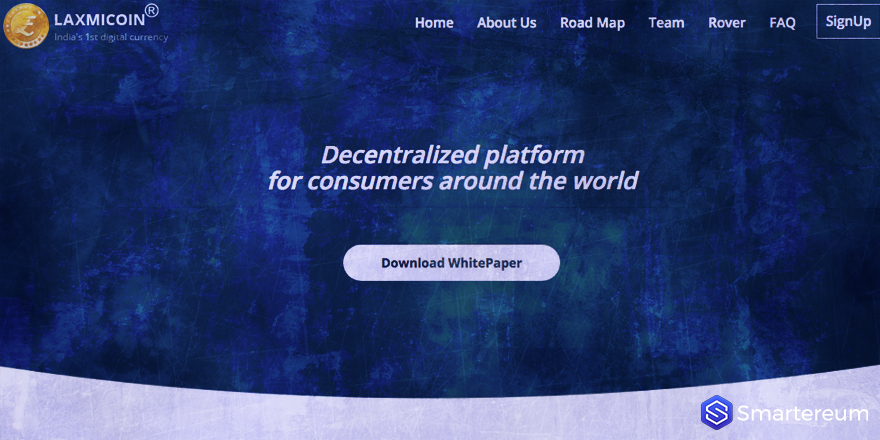 Let’s a bit dig deeper into the newest cryptocurrency to hit the market, and see if it can live up to all its hype.

Laxmicoin is a project which was started back in 2013. Ever since then it has been in development. It will be based on the decentralized blockchain. This ensures that it will work like any other cryptocurrency like Bitcoin. The whitepaper states that the coin will be based on the “CryptoNote” blockchain technology, which currently powers cryptocurrencies like Monero and Bytecoin. It can also be mined, including on mobile phones. Also, it will work on the proof of work consensus mechanism.

The founders of Laxmicoin are quick to point out that they are not affiliated with the Reserve Bank of India’s proposed initiative to launch its own cryptocurrency named LakshmiCoin.

The team behind Laxmicoin is pretty large and consists of individuals like Mitthan Meena, Sohan Yadav and Ashish Meena. The entire team and their bios can be viewed on the official website of the cryptocurrency here.

What are the features of this cryptocurrency?

The first cryptocurrency from India has quite a few features. Some of the features include:

According to the official website of the country, the point of sale systems will be much more secure as compared to some of the other cryptocurrencies. Also, since the cryptocurrency will be decentralized, it will be pretty easy for most of the users to use it without any fear.

With an eye on the Indian market, where a majority of people access the Internet on their mobile phones, Laxmicoin can be mined through an app on mobile phones. If successfully implemented, this could be a huge breakthrough which has the potential of propelling Laxmicoin to be one of the biggest cryptocurrencies in the market.

Even though Laxmicoin has been delayed by a couple of years at least, it now seems to get back on track. While the ICO details have not been disclosed yet, but the website does have an updated development roadmap. They expect to launch later this year.