The XRP token has been hovering below the one dollar mark for a while now. A new research conducted by Lennard Neo Picolo claims that the token should be worth $1.75 and not less. The report also involved a comparison of XRP, swift and other payment methods as well as a summary of how the third quarter of the year went for XRP. The major Ripple competitors right now are PayPal and swift. These two methods have been leading the traditional payment industry for a long time now.

Stellar and OmiseGO, which were also compared with XRP, are cryptocurrencies that share a similar vision with the token. When compared to all these payment methods, Ripple was the fastest and most efficient. Ripple transactions settle within seconds. This is remarkable since swift takes hours and even days for transaction settlement. Another factor that made Ripple superior is the fees for transactions. Swift and charges no less than $2.5 per transaction while Ripple charges just $0.0004 cents per transaction.

One thing has been established: Ripple’s payment system is more efficient than Swift. However, since Swift is already being used by over 11,000 financial companies, Ripple will need to gather more institutional investors if it is to overtake Swift. Currently, Ripple has about 100 institutions that now use its services. While this is impressive, it’s not enough to make a real difference.

Another point the research made was that Ripple and XRP are not the same. Part of the paper was as follows:

“People have been concerned that XRP is centralized since Ripple owns more than 60% of all the XRP tokens in existence. This has lead to regulator uncertainty that may make things even more difficult for Ripple”.

Some months ago, the SEC confirmed that Ethereum and Bitcoin are not securities. However, they said nothing about the status of XRP. If they eventually tag XRP as a security, all the laws that apply to securities will apply to the token.

In conclusion, the paper stated that XRP should have an intrinsic value of $1.75. They came up with this estimate based on conservatives. Burnt tokens were not included in the analysis. Also, the report claims that XRP tokens will eventually become one of the most demanded in the virtual currency market. This will happen soon if it continues to grow at its current pace. 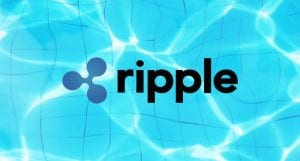