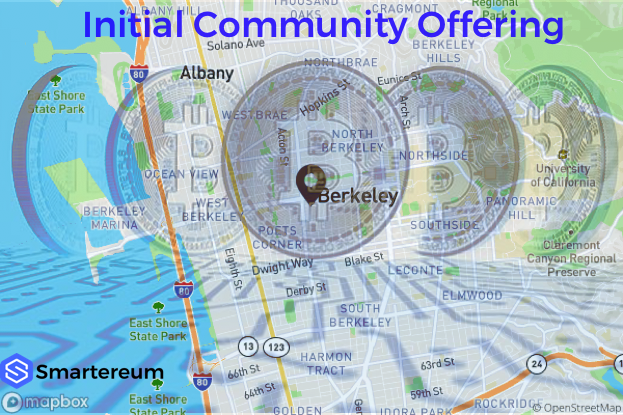 Berkeley, California plans to launch the initial community offering
Berkeley, in California, might be facing a reduction in federal funding. This is the reason why it is planning to launch tokenized municipal bonds. It is planning to fund various services like affordable housing with the help of these tokenized municipal bonds. According to the mayor of the city, Ben Bartlett, the city has tied up with Neighborly to create micro-bonds from the actual municipal bonds of the city.
The city is calling them Initial Community Offering rather than Initial Coin Offering.
According to the Mayor, the city needs to find an alternative source of funding. This is the reason why it is looking at raising money directly with the help of Initial Community Offering.
Also, according to the Mayor when the bonds are broken down into smaller denominations, it will become easier for the investors to invest money in them. Also, with the help of underlying blockchain technology, the transaction cost can be reduced significantly. This will also induce increased transparency in the finances of the city. Each and every token will be backed by the underlying bond which is issued by the city. This is the reason why the level of security which is provided in these bonds is on the higher side.
According to the CEO of Neighborly, Jase Wilson, Berkeley’s finances are pretty strong. This is the reason why investors will surely like to invest in these bonds.
Also, with the help of the micro bond issuances, it will become easier for the investors to invest money in it. The minimum amount which they will have to invest will be much lesser. With the help of these bonds, the city will be able to undertake various projects like that of affordable housing as well as buying the ambulance for the fire station. Also, the city further plans to issue an ICO in the month of May this very year.
The Mayor clearly is of the opinion that this is a win-win situation for the investors as well as for the city. It remains to be seen whether the investors are able to get a good enough return from these bonds. However, it is surely one of the 1st cities to tokenize municipal bonds in order to raise money.
If indeed, the city is successful in raising money with the help of these bonds, other cities and states will soon follow suit. This will be an easier method for the city to raise money as each and every investor will have to invest only a limited amount of money which is easily affordable for most of the investors. Also, with the underlying security, most of the investors will invest in these low-risk municipal bonds.
Source url:
https://www.coindesk.com/us-city-plans-to-sell-tokenized-bonds-in-initial-community-offering/

How Can Students Benefit From Cryptocurrencies