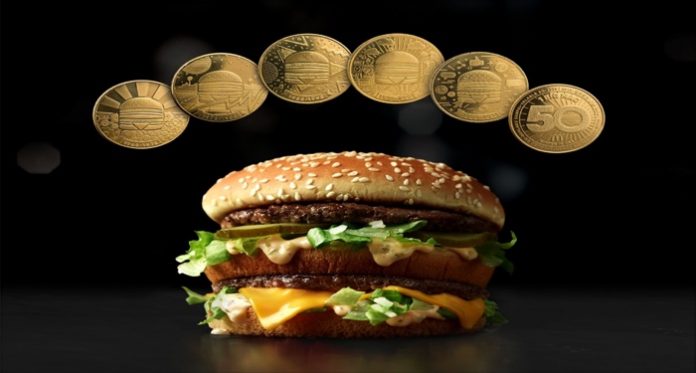 This year, the Big Mac celebrates its 50th birthday.

McDonald’s has never been a brand to miss out on any opportunity for promotion, and of course, the half-centennial anniversary of the world’s best-known burger is no exception. To commemorate the milestone, McDonald’s has decided to cash in on a trend and release its own global currency, called the MacCoin.

Before you start reaching for your Trezor and browsing crypto exchanges though, note that the MacCoin is not a cryptocurrency. It’s a real, physical coin that’s being paid out to customers in 50 countries each time they purchase a Big Mac. Recipients can use their MacCoin to buy another Big Mac from any McDonald’s restaurant in any participating country around the world.

Interestingly, the idea for the MacCoin came from the Big Mac Index, an index developed by The Economist which compares the prices of a Big Mac around the world to illustrate the principles of purchasing power parity.

Okay, so by itself this doesn’t necessarily mean that McDonald’s is seizing the opportunity of blockchain. However, it does show that in the wake of the Bitcoin frenzy, the mainstream world is opening its eyes to the concept of global currencies and their economic benefits.

Plus, while McDonald’s may not yet have taken a step into the world of distributed ledgers, developments in the restaurant sector indicate that it may soon be tasting the benefits of blockchain.

Distributed ledger technologies are already making waves in many sectors due to their potential applications in supply chains. Blockchain allows companies to digitally tag and trace any kind of assets as they are passed along to different parties in a supply chain, with physical attributes and location securely and permanently recorded for the benefit of all parties involved.

Walmart made headlines earlier this year when it rolled out its blockchain supply chain solution developed with IBM. However, now the restaurant industry could be the next to get in on the act.

Starbucks has already announced that it will be trialling blockchain, or “traceability technology,” in its coffee supply chains. As a brand that places a high priority on its ethical coffee bean sourcing practices, blockchain can allow Starbucks to indicate the sources of its products in a way that is both transparent and unalterable. 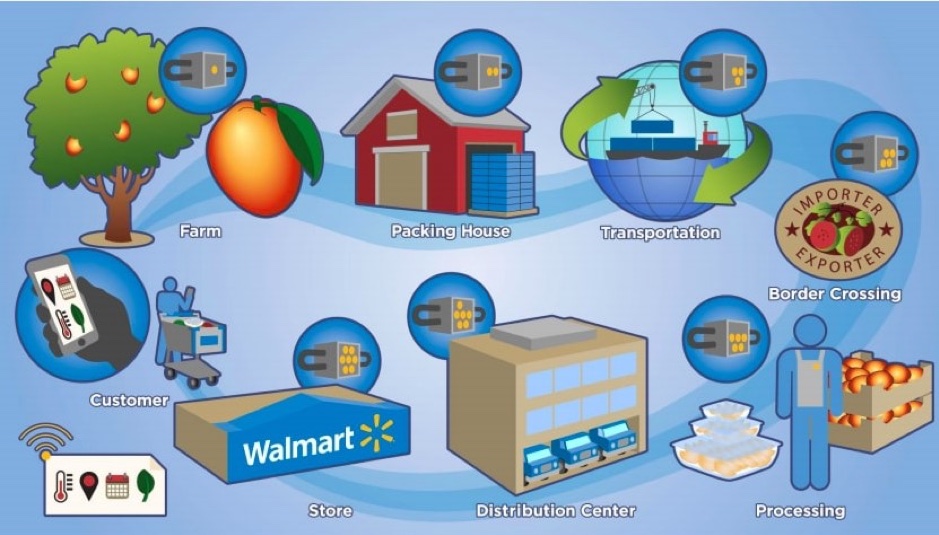 Taking these concepts into the broader restaurant sector could see further considerable advantages. Urban myths about the origins of ingredients used in many fast-food chains have been around for years. Perhaps blockchain-based proof of provenance could finally be a way for restaurant brands to disprove the myths once and for all.

Digital Loyalty — Only for the Big Brands?

Loyalty programs are now widely used even by smaller food service operators. The loyalty program is designed to ensure that customers feel incentivized to revisit the same restaurants, by offering them a reward such as a free drink or dish.

The biggest brands, such as Subway or Dominos, operate highly sophisticated programs with their own branded smartphone apps. These programs are valuable to the companies that run them because they collect detailed customer data which can be fed into marketing campaigns.

Unfortunately, they are expensive to set up, which means that until now they have only been available to larger restaurants.

Loyalty programs are another field where blockchain could soon make a big difference to the restaurant sector. American Express has already leveraged blockchain in the area of credit card rewards, and now it seems that food service operators could take advantage of the same principle for a universal restaurant loyalty program based on digital tokens.

Resto is the first company to move into this space, developing a loyalty platform based on a smartphone app that doubles up as a digital wallet. Using Resto, a food service operator will sign up for access to one side of the program which allows them to register their business on the platform.

They designate a fixed bill percentage to be paid out to customers as a reward, and they gain access to the Resto database of customers. They can then develop marketing campaigns and promotions, specifically targeting local customers and those who meet criteria such as average spend or menu preferences.

From the customer side, when they eat at a participating restaurant, they receive rewards as Resto tokens, which they can access via their digital wallet. For traditional loyalty programs, one of the issues that customers face is keeping track of multiple apps with different logins or holding many physical cards. Points may languish unspent, and customers are often inundated with promotional offers that are irrelevant for their circumstances.

With the Resto app, they can spend their tokens at any participating restaurant around the globe without incurring foreign exchange fees. An even more valuable proposition is likely to be that they could convert their Resto tokens to fiat at a cryptocurrency exchange.

The Digital Future of Food Service

The food service industry is not typically one of the first to be mentioned as a potential use case for blockchain. However, given that the technology has the same clear applications in supply chain and loyalty programs as in other sectors, disruption in this space isn’t as unlikely as it may first seem.

Who knows, maybe this time in a year or two, we could all be buying our transparently-sourced Big Macs using a universally accepted digital token instead of a one-off marketing gimmick like MacCoin.