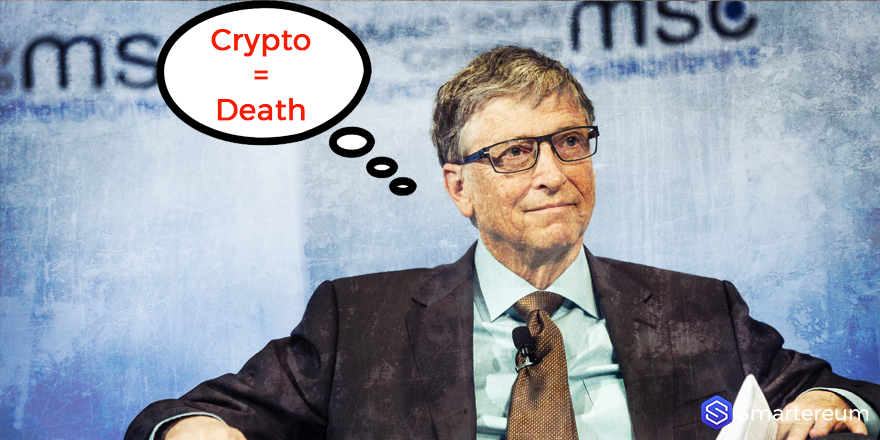 Billionaire founder of Microsoft, Bill Gates drew the ire of enthusiasts on Tuesday when he condemned cryptocurrencies during an “Ask Me Anything” session on Reddit.

When the questions drifted to cryptocurrencies, Gates said that it is a good thing that government has the ability to track money laundering or terrorist funds. Referring to the anonymity of cryptocurrency transactions, he said it was “not a good thing,” stating that:

[perfectpullquote align=”full” bordertop=”false” cite=”” link=”” color=”” class=”” size=””]Right now cryptocurrencies are used for buying fentanyl and other drugs so it is a rare technology that has caused deaths in a fairly direct way. I think the speculative wave around ICOs and cryptocurrencies is super risky for those who go long.[/perfectpullquote]

When a Reddit commentator argued that fentanyl is also bought using fiat currency, Gates’ response was, “Yes — anonymous cash is used for these kinds of things but you have to be physically present to transfer it which makes things like kidnapping payments more difficult.”

Coindesk reports that Venture Capitalist Anthony Pompliano in his reaction faulted Gates’ remarks noting that cryptocurrencies are not strictly anonymous and that the same concerns Gates raised could apply to fiat currencies. “He [Bill Gates] spewed the normal nonsense about funding terrorism & money laundering,” Pompliano said.

These latest remarks are consistent with Gates’ take on the subject. In a similar session on Reddit in 2014, he said his Bill & Melinda Gates Foundation was developing a digital currency which would not be anonymous like Bitcoin.

However, his latest remark failed to consider the beneficial aspects of cryptocurrency like the convenience of use and cheap transaction fee—features he had praised in the past. He didn’t, however, condemn the blockchain technology that underlies cryptocurrencies.