In the midterm, the crypto is still experiencing an uptrend. Another ascending channel was formed after the downward pullback. The price has tested the current ascending channel support so far at 0.5070. With a new rising impulse, the immediate target is likely to be the resistance at 0.5360. If this one gets broken out, the price may further reach 0.5700, and then the resistance at 0.5845. Conversely, the price may go down to test the support as well, in case the local support at 0.5070 gets broken out. The target will then be at 0.4980 and 0.4860. 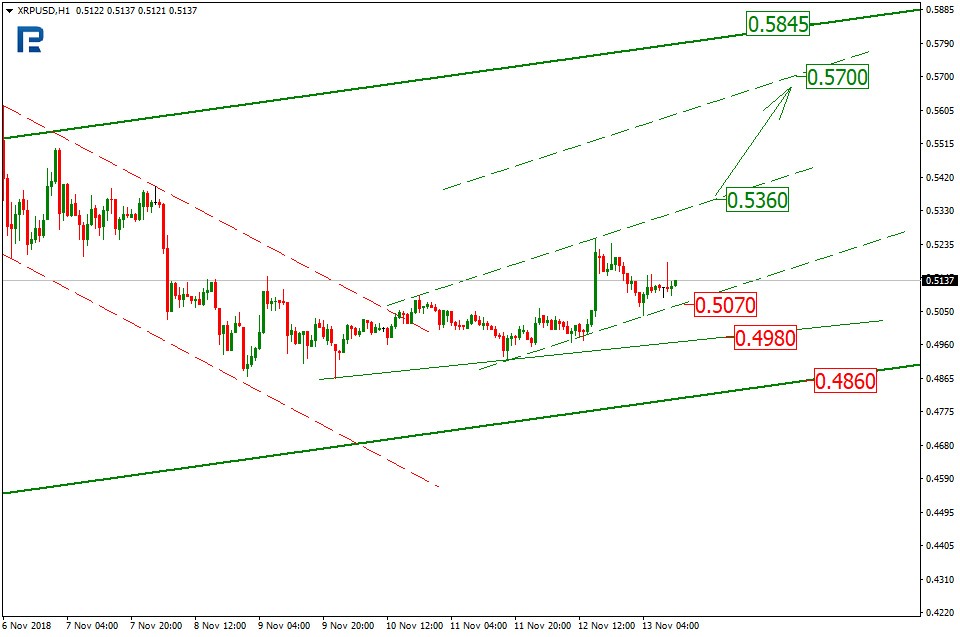 Fundamentally, the legal action on compensating the losses regarding XRP transactions is in focus. Ripple Labs managed to escalate the issue in order to get a just court decision. The legal action is worth at least $167.70M and is generally about acknowledging XRP as a security or not. If XRP is finally deemed a security, the company will have to pay the compensation in question. This is not so much simple, though, as nothing like that has ever happened before, and the court trials are very protracted.

Ripple Labs continuously states that the token users understand the nature of such transactions and the volatile market in general.

The investors, meanwhile, say XRP went down by 7 times in 2018, which may be a sign of manipulation or even fraud.

The mere fact of the legal action against Ripple Labs did not influence the crypto price, as volatility is a very common story with crypto market. However, with the number of the complainants growing, the process may last for long and led to bad consequences for Ripple.

Among other news, there were rumors on Ripple and Swift signing a partnership agreement, but they then proved to be untrue.

Any predictions contained herein are based on the authors’ particular opinion. This analysis shall not be treated as trading advice. RoboForex and Smartereum shall not be held liable for the results of the trades arising from relying upon trading recommendations and reviews contained herein.