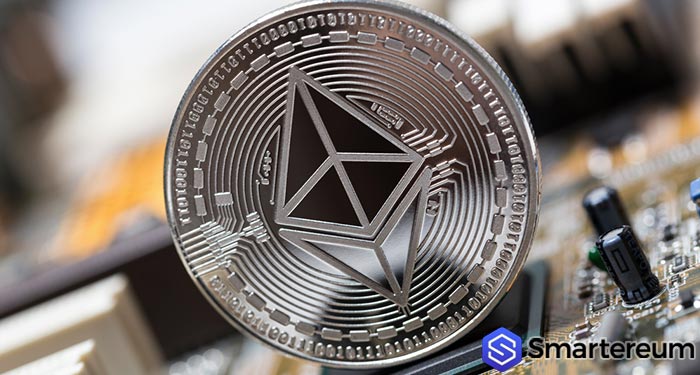 Ethereum co-founder, Joseph Lubin believes that the Blockchain technology will push a significant shift from a “scarcity to an abundance mindset” he spoke about this at the Lisbon Web Summit in Portugal.

Lubin delivered his keynote address at this event and stated that Ethereum will play an important role in the redevelopment of the internet when it becomes a fully decentralized ecosystem.

In the co founder’s opinion, the steady growth of the Blockchain technology will be a catalyst for increased innovation at different levels of the human society. This will happen when it creates a framework for what is described as a sovereign and self-determined identity.

Lubin also spoke about the evolution of the blockchain technology as well as enhanced decentralization. He emphasized on how these factors would lead to an era where individuals with have more control over their agency and identity. This will in turn leas to wealth creation because many people seek to express themselves through different avenues including an enlarged appetite for luxury.

It will take time to scale Ethereum, but it will bring about a radical future

In the summit, Lubin stated that the digital currency would play a large role in the development of WEB 3.0. This is a new kind of internet experience that uses decentralization to a large extent. He said,

“Ethereum is far in the lead as a viable candidate for web 3.0 largely because of its interoperable and radically decentralized nature. It may be a few years before our ecosystem achieves profound interoperability and decentralization in the base and higher layers. But that is okay. We can grow into the radical future we imagine as we take care of adoption, use case exploration, user interface and user experience definition – all of which will keep us busy for years.”

Lubin believes that there’s a difference between wealth generation presently and in a tokenized system. The latter is explained by a qualitative shift in money’s nature. This moves society away from the centralized model to a system of global villages.

His optimism over Ethereum’s growth is underlined by the recent events that show that large power players are presently backing the Blockchain to power some large-scale disruptions.

Recently, news site, CCN, reported that JP Morgan Chase has a plan to use Quorum, an enterprise version of the Ethereum Blockchain. This system will be used to tokenize gold bars. The head of Blockchain initiatives of JP Morgan, Umar Farooq, said in an interview that the company is a big believer of Ethereum.