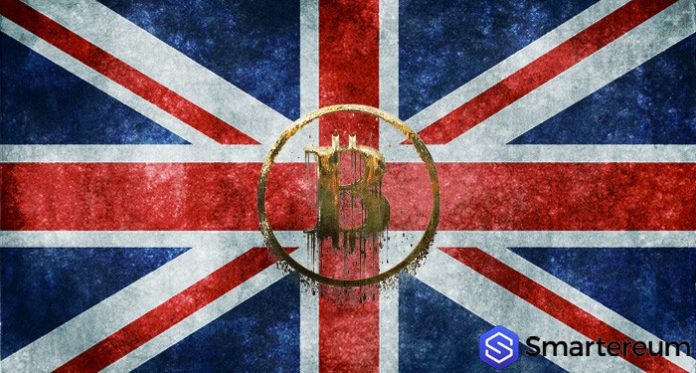 While blockchain technology is known to have many life-transforming advantages, the new technology is still lacking in terms of adoption. Industry leaders and blockchain companies are looking for new opportunities to explore and promote mass adoption. Well, there just might be an opportunity as British politics is changing its economy. How does the Brexit deal benefit the blockchain industry?

The financial industry still has a strong interest in blockchain technology as the issue of the withdrawal bill leaves everyone anxious. The business owner in UK is worried about trade agreements and borders as the Prime Minister is yet to release details of the proposal. Some are concerned about the cost of trading with EU while others are certain that blockchain technology is the solution to all the problems Brexit will cause for their business.

Different leaders have different things to say about the issue. The Co-founder and CEO of Humans.net Vlad Dobrynin, said that blockchain technology is going to have a role to play in borderless trading whether or not the Brexit agreement affects the border. In his words:

“We are about to start the 4th technological revolution. This will come the same time as the relationship with people around the world changes. The way we interact, purchase and perceive things will change. Blockchain technology will reduce the need for borders and eliminate the need for intermediaries. Because it is decentralized, no single authority has power over it. This new technology will render borders useless. People will be able to exchange goods and services efficiently no matter where they are in the world”.

Another industry expert, the CEO of Neurovalens, Dr Jason McKeown talked about how restrictive border controls will affect the location of his AI-based products. In his words:

“We make our products in Northern Ireland. So, this Brexit deal is going to give us some issues if it affects borders. How viable will our exports be? We make headsets that help people lose weight. This is a product that is universally appealing. Our target market is global. The Brexit deal raises concerns about how we can reach our market in the EU. Doing business with distributors in the EU might become slower and more expensive because of this deal. We may need to look for deals abroad. Even if it’s not going to be impossible, it’s going to be difficult”.

During the Brexit negotiations, trade, exchange rates and currency have been causes for concern. These issues can be addressed with blockchain’s decentralized technology. Industry leaders familiar with the matter are certain that this Brexit deal is going to pave way for mass adoption of blockchain technology and cryptocurrencies. Businesses will look to blockchain in a bid to avoid the challenges attached to the new arrangement. When the details of the Brexit deal are revealed, businesses will know how to proceed. It just might provide the perfect environment for the massive adoption of blockchain technology starting from the UK.