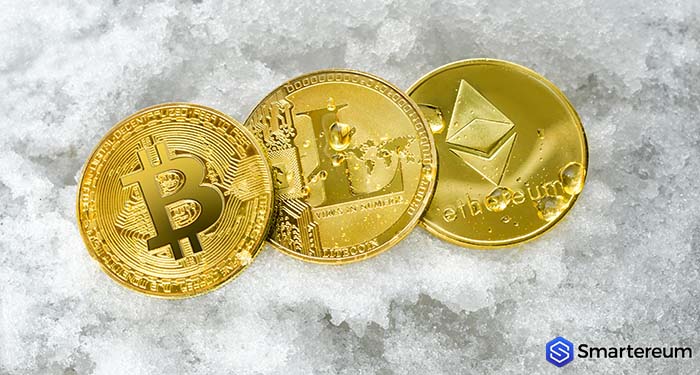 Franklyn Richards, the director of Litecoin (LTC) foundation who has been working tirelessly to keep ensure that the Litecoin (LTC) banner flies high, said cryptocurrency would be institutionalized eventually. He made this comments when speaking about Litecoin (LTC) to CCN.

Why Richards Believes in Cryptocurrency

Richards sees crypto as the next big thing in the finance industry. Citing that we are just at the beginning of electronic currency. He is looking forward to building the future of money (crypto). When asked about how he got involved with Litecoin’s founder Richards replied that he reached out to the ex-Google employee on Reddit. According to him, Litecoin (LTC) was launched because Bitcoin (BTC) was expensive.

At the time Litecoin was launched Bitcoin (BTC) was just crossing over the $100 USD barrier. The was also optimistic that because Bitcoin is better for institutions to use, many users will adopt it unknowingly which Richards believes will hugely shape the price of the token. Litecoin (LTC) Price Today – LTC / USD

Digital Currencies will be Absorbed by Centralized Authorities

When asked about his views regarding the debate that digital assets will be taken over by centralized entities, Richards says:

“We have to face the facts. I believe centralized institutions have a good benefit to derive from adopting crypto. They will ultimately pass these benefits to their users. It’s capitalism. If I succeed in offering my users something much better and cheaper, I will be able to attract more users. We are currently seeing this institutional adoption now.”

“Ice Markets, the New York Stock Exchange parent company, recently launched Bakkt. CME is also launching institutional trading and the security of digital assets. Gemini is also getting involved. People now realize that it does not matter whether the user knows anything about the technology. We do not know how banks or cards work, but we do know that they render us a service. If institutions can provide better service through a decentralized currency including Litecoin (LTC) or Bitcoin (BTC), it will be the preferred option for users. Which is why it will work.”

What are Litecoin’s Advantages?

“Litecoin (LTC) has lower fees and quicker block time.” “Let’s be honest here, LTC may offer faster block times, but these means that the blocks will be less secure because it will take up to 2.5 minutes to reverse a block rather than 10 minutes. Litecoin (LTC) is very strong. It is more of a complement of Bitcoin (BTC) rather than a competitor. Yes. Bitcoin (BTC) will stay at number one for a long time, but both tokens will strengthen each other. Litecoin does not compete, it benefits, especially with atomic swaps and the Lightning Network.”

“Litecoin has a large amount of liquidity which is very important. Currently, there isn’t any other coin that compares to LTC in liquidity in the market. Ethereum (ETH) is fine, but it isn’t money. It is an app platform that isn’t really decentralized because users are printing tokens on the platform. Its blockchain has moved from a few gigabytes to a terabyte. Bitcoin (BTC) and Litecoin (LTC) do one thing well, and that thing is money. This money let’s either token complement one another.”