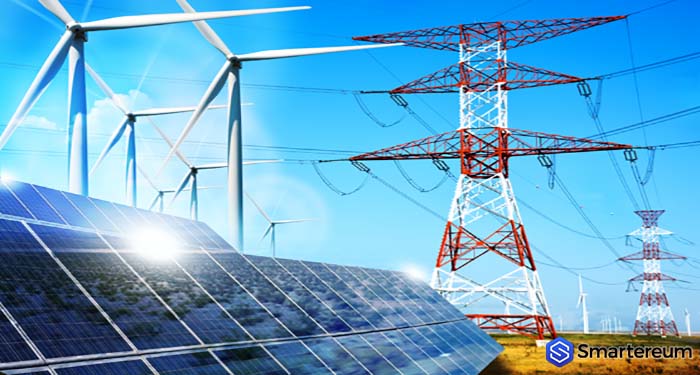 Korea Electric Power Corp. (KEPCO), the largest power provider in South Korea will introduce blockchain technology as part of its innovations towards its new microgrid (MG).

In a statement on Monday, Nov. 19, the company announced plans to replace its current microgrid with a more eco-friendly one and that would be done with the help of blockchain.

KEPCO explained the role of blockchain in the process. The statement read:

“By using P2G technology, the remaining electricity can be converted into hydrogen and saved, and it can be converted to electric energy through the fuel cell when necessary. It can increase the energy independence rate and efficiency more than the existing microgrid, and it is eco-friendly because it does not emit greenhouse gas.”

It earlier noted that the current MG consists of small photovoltaics, wind turbines, and energy storage devices, which made it difficult to supply stable power. It, therefore, plans to replace the same with a new MG known as the ‘KEPCO Open MG’ which is a localized energy source connected to the main grid that can operate separately on its own. KEPCO explains that the new open MG will use power-to-gas (P2G) technology that converts electricity into gas fuel and it has plans to make it the first mega-wattage (MW) energy-independent microgrid.

According to President and CEO of the company, Kim Jong-gap, decentralization is one of the three major trends in the future of the energy industry. Others being decarbonization and digitalization.

As Smartereum reported, blockchain technology—Ethereum blockchain, in particular, is being used in Germany to improve the efficiency in the energy sector. Early this month, the project Lition which helps residents find cheaper energy sources was already serving 700 hundred households in 10 cities having gotten licensed in 12 German cities including Hamburg, Berlin and Munich.

Yet, Lition is only a small player in a larger decentralized energy market. Singapore Power Group, the energy utility provider in Singapore had in October launched a decentralized marketplace for renewable energy trading. Using blockchain technology, the system will efficiently issue Energy tradable certificates (RECs) which can be generated from renewable energy generation like solar and traded with a buyer who will be matched automatically on the blockchain platform.

Similarly, KEPCO noted that through its new MG project it will show the speed of new and renewable energy generation and energy efficiency projects. “We will take a step forward as an energy platform provider to drive energy conversion and digital conversion,” President Kim remarked.

Last month, KEPCO has partnered with Mitsubishi UFJ Bank, IT service management company Nihon Unisys, and the University of Tokyo on a joint research project on how to utilize blockchain for distributed electricity supply.