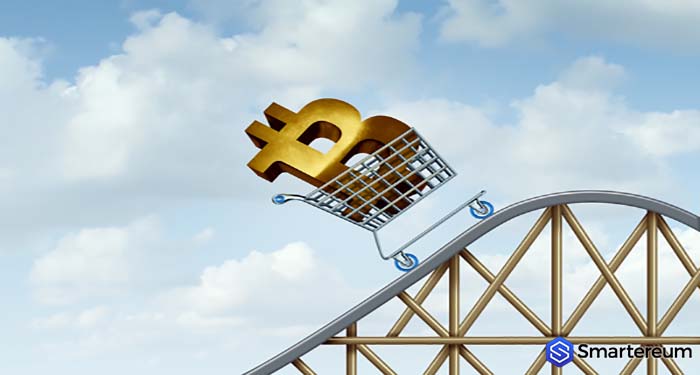 A key index for the success of bitcoin and cryptocurrency generally is their actual application real-life use cases one of which is making payments.

In this regard, bitcoin actually lost some ground this according to a report by Reuters citing a recent study by research firm Chainalysis.

According to the Reuters report, the use of bitcoin in commercial transactions between January and September dropped drastically compared to the numbers achieved last year.

For its study, Chainalysis surveyed 17 bitcoin payment processors. It found out that the amount of bitcoin [BTC] payment processed the major processes went down by nearly 80 percent from last year. According to the study, the value of Bitcoin payments reportedly dropped from $427 million last December to $96 million in September 2018.

This reduction is also reflected in individual processors like Coinpayments, a Canada-based payment processor which could only manage half the amount of bitcoin payments it used to handle according to data from blockchain analysis site OXT.

According to Lex Sokolin, global director of fintech strategy at research firm Autonomous Next, “Bitcoin payments processing is seeing a slow but consistent decline.”

Major factors that affect the use of bitcoin in commercial transactions include scalability—its ability for bitcoin blockchain to accommodate many transactions in a short time—and a level of stability.

The volatile price of bitcoin makes it difficult for merchants to accept BTC payments since they and their customers are used to regular currency which is relatively stable. “There would have to be a stability requirement if it [bitcoin] is to become another form of money,” Joni Teves, a strategist at UBS in London was quoted as saying.

“But one thing that would take bitcoin into the mainstream is scalability — is it able to process the value or volume of transactions that money tends to do?”

However, in bitcoin seems to have achieved a decent level of price stability—that is, before the recent market slump. The report acknowledges this growing stability of BTC noting that it would be instrumental to the widespread adoption of bitcoin for payments.

For a market that is deemed volatile, bitcoin was more stable than US stocks at times in the year. Zeeshan Feroz, UK CEO of Coinbase crypto exchange noted that “the lack of volatility is a good step in the right direction that starts to make it viable for some of the non-retail use cases.”

That said, merchants have exercised caution when receiving bitcoin payments; oftentimes they use bitcoin processors like BitPay to convert the bitcoin payments to fiat rather than accepting them directly.

Reuters also highlighted some major challenges to the mainstream adoption of bitcoin in its first decade of existence.

“To gain traction, bitcoin needs to be faster and cheaper, they say. Clearer rules on an asset that has vexed financial regulators across the world would also help to give users a sense of legitimacy.”

Some merchants like Microsoft and Steam gaming platform which did accept bitcoin payments in the past announced during the year that they would limit or totally stop accepting bitcoins.

As Smartereum reported, a study conducted by Neustar International Security Council in March revealed that about 80 percent of businesses were open to bitcoin in their businesses but were wary of challenges of handling cryptocurrency. Among other factors, the firms were concerned about cyber-attacks targeted at bitcoin-holding businesses.