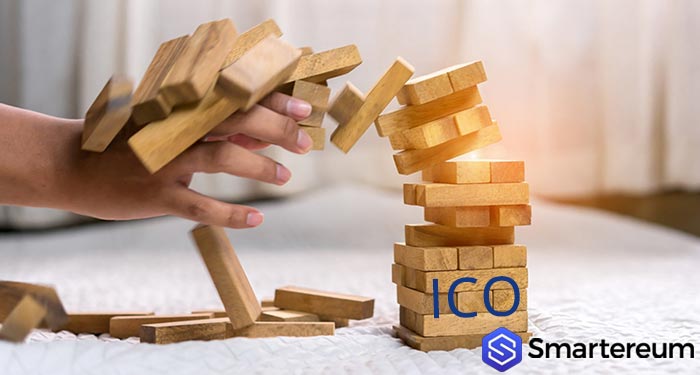 A recent study by researchers at BitMex cryptocurrency exchange indicates that at least twelve Initial Coin Offerings that raised more than $50 million are yet to officially launch their tokens.

In a newsletter released by BitMex cofounder and CEO Arthur Hayes, the Bitmex research team released data of showing high-grossing ICOs that are yet to launch tokens or get listed on major exchanges.

Top of the list is the Telegram ICO, which still holds the record of the highest-earning ICO in history. As Smartereum reported, the instant messaging giants jettisoned plans for a public token sale after it raised up to $1.7 billion USD form private sales in February and March this year. In a more recent development, the development team at Telegram Open Network announced that the project was 70 percent complete suggesting launch within the first quarter of next year.

Another culprit is Filecoin which generated as much as $257 million, a then-record ICO earning in August 2017. The project is yet to mine its genesis block hence there are no FIL tokens yet. Filecoin had sold the tokens as a SAFT (Simple Agreement for Future Tokens) representing only 10 percent of the entire token allocation.

The list is completed by other major ICOs including Polkadot, Overstock, tZero, Dfinity, Basis, Orchid protocol, Hashgraph, Rootstock, Algorand, Cosmos, and Oasis Lab. While some have tentative launch dates set for 2019, most others are don’t have any launch date in sight. Hayes suggested that these project may not kick off as expected.

“These deals have massive valuations, and many of the most venerated token funds took down large chunks. It is unclear when, if ever, these deals will ever list on the secondary market.”

ICOs in general have not had a good time since the start of second half of this year. In 2017, ICOs raised huge sums; creating about two thousand tokens in the process. As Smartereum reported, these earnings was doubled by ICOs in the first half of 2018 helped by billion dollar ICOs by EOS project and Telegram Open Network. But after then, it has been a downward slide for ICOs leading to the lowest monthly earnings in August and September of 17 months.

Hayes was even more critical of the ICOs which are yet to launch their tokens, suggesting that 2019 will be an even worse year for ICOs. He remarked, “Given the large amount of token supply out there, who will buy this s**t?…2019 is going to be the year of reckoning for many funds… If these things come to market, there will be no accounting tricks to hide the gargantuan losses that these funds will post.”

Given the crash in crypto markets, most ICO tokens are worth a lot less that their valuation at the time of their fundraising. Put in perspective, Bitcoin which still maintains more than half the entire crypto markets have lost more than 70m percent of its valuation at the all-time high of December 2017. A research by Diar revealed that about 70 percent of ICOs which launched last year are now worth less than their original valuation underlining a high failure rate in the ICO space.

BitMex researchers in the past confirmed the sell-off of ETH by ICOs that raised funds on the Ethereum blockchain which led to the downturn in ETH price.