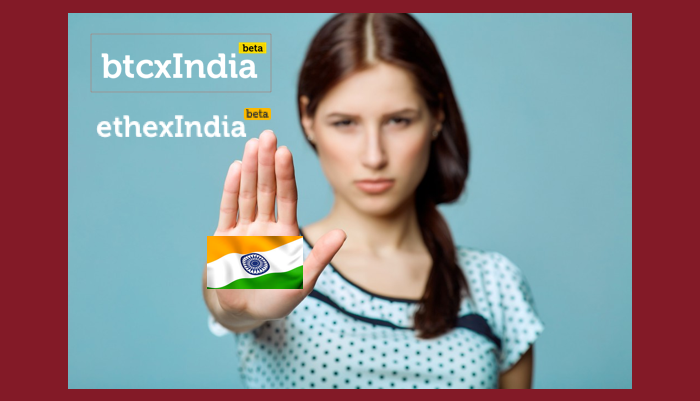 BTCXIndia, ETHEXIndia, has sent an email to all their customers stating that they will be suspending the trading facilities. They have clearly blamed the government for the stress on their businesses.

According to the website of both the exchanges, any deposits made to the exchange after January one, will be reverted to the bank account of the users.
Established exchanges:

BTCXIndia started in the year 2014. On the other hand, the 2nd cryptocurrency exchange started in the year 2016. BTCXIndia has clearly stated to the users that they need to withdraw their holdings by March 4. After that, there will be a wallet maintenance fee which will be applied. Also, they have further stated that updating rates in real time will be halted for ripple on March 5.

EthexIndia on the other hand has given the time to users till February 28 to withdraw the funds and holdings. According to the volumes, this rank of this exchange is 163.