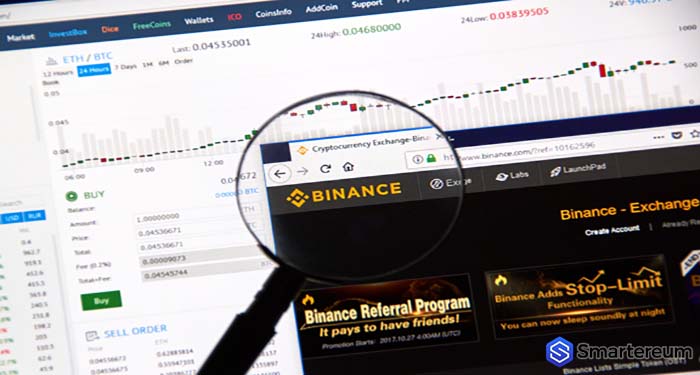 Binance exchange, the world’s largest cryptocurrency trading platform have taken a step further in the development of its decentralized exchange, this time releasing an advanced demo of the platform.

The crypto operator released the DEX demo, which is a second preview of the platform, in a video published on Tuesday, Dec. 4th.

As Smartereum reported, Binance released its first demo of the DEX in August. The initial preview illustrated the processes of issuing, listing and trading crypto assets on the DEX. Led by Binance CEO Changpeng Zhao, the demo included a footage of a command line terminal for the processes while a developer provided the voiceover.

Changpeng Zhao (or CZ for short) acknowledged at the time that there was a lot of work to be done on the DEX and the wider Binance Chain project. He, however, noted that the project was being given the required priority and that the developers were ahead of schedule for the milestone.

The Binance DEX Preview 2 revealed a new trading interface, a web wallet, and a blockchain explorer. The interface bear a striking resemblance to the binance.com platform save a few changes like account balance located at the bottom corner of the screen and the user icon at the top right corner which bears the user wallet address.

In the demonstration, the developers tried out basic functions of a regular decentralized exchange including creation and logging into an account, transferring token and trading cryptocurrency—both for an order that fills immediately and one that doesn’t.

The demonstration continued to the blockchain explorer page as the demonstrator attempted searches for individual blocks by block height as well as transactions using either the wallet address or order ID.

“Three things about the @Binance_DEX 1. ONE SECOND block time, ONE confirmation finality = INSTANT TRANSACTIONS 2. You control your funds (private keys).  No holding of coins at the exchange. 3. Simple UX, just like http://Binance.com”

When asked, CZ noted that the integration of Binance DEX with hardware wallets like Ledger and Trezor, may not be available at the time of the testnet launch though he said the team was working on it. He also clarified that Binance.com platform will continue as separate from the Binance DEX platform.

These DEXs are seen as the future of crypto platforms but the existing ones have suffered from challenges, particularly low liquidity. With its high liquidity, Binance’s venture into the DEX space could prove a game changer in the sphere. The exchange will charge a flat fee for transactions on its DEX platform when launched.

The Binance DEX is only one leg of the Binance Chain Initiative in which Binance will migrate its BNB tokens to its native blockchain; the BNB token is currently an ERC-20 token launched on the ethereum network. According to CZ, the exchange plans to support “millions” of crypto assets through the Binance Chain initiative. With its Chain, Binance will be able to host decentralized apps (DApps), ICOs, and smart contracts just like Ethereum, EOS, Tron and the likes.

The market reacted promptly and positively to the demo and progress of the Binance DEX with BNB price increasing more than 8 percent following the release. The BNB token is not commercially available but this is set to change in “coming months’ when the Binance Chain eventually launches, according to the Binance team. The team is encouraging the use of BNB within the Binance platform by issuing discounts on transactions carried out using the tokens.