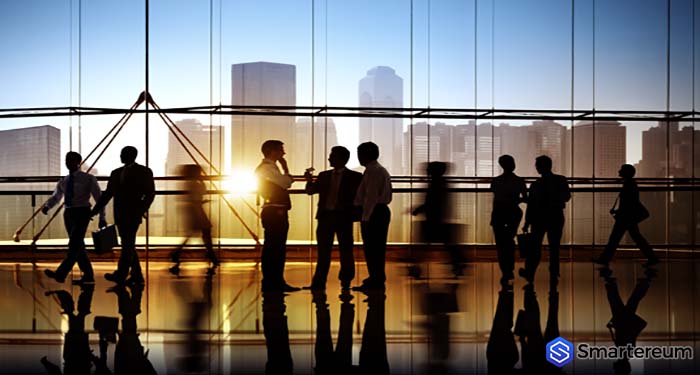 Following the letter to its staff earlier this week, ConsenSys has now confirmed that it will be shedding 13 percent of its workforce as part of its “refocusing of priorities”.

A statement from the company read:

“Excited as we are about ConsenSys 2.0, our first step in this direction has been a difficult one: we are streamlining several parts of the business including ConsenSys Solutions, spokes, and hub services, leading to a 13% reduction of mesh members.”

Before the restructuring, ConsenSys had over 1,200 staff working on over 50 projects. The firm explained that the decision and new roadmap will strategically position it for growth “as the blockchain ecosystem matures.”

In the face of a bull market that seems getting worse by the day, the ethereum production studio disclosed that it was changing its business approach to focus on sustainable projects while suspending unproductive ones.

As Smartereum reported, Joseph Lubin, the founder of ConsenSys had pointed to a possible reduction in workforce as the company heads into a new regime he referred to as ConsenSys 2.0.

He said at the time:

The statement emphasized that the company will be very selective in the projects it takes on.

A section of the statement read:

“Projects will continue to be evaluated with rigor, as the cornerstone of ConsenSys 2.0 is technical excellence, coupled with innovative blockchain business models.”

The company was founded in 2014 by Lubin who is also the co-creator of Ethereum with a goal to populate the ethereum and blockchain ecosystem with useful applications and products. However, the prolonged downtrend in crypto markets—particularly the collapse of Ether [ETH]—is causing the venture to adjust its priorities in other to stay in the game.

Some Reddit users who claim they were affected by the layoffs aid they saw it coming; that the mood within the organization as crypto markets went south showed that it was only a matter of time. “Prior to that, the writing may have been on the wall following internal communications about spending pauses following the downturn in the price of ETH,” they were quoted as saying.

According to a report of TNW, the anonymous users said that despite the cash crunch, their leader always emphasized building for the future decentralized technology.

Research and Development for several projects at the same time requires a huge sunk cost. The company’s profile published by Forbes earlier this week put its annual bi=urn rate at over $100 million.

But as Smartereum reported, ConsenSys is not the only firm taking drastic cost-cutting measures in the crypto space. Steemit and Spankchain have both reduced their staff strength significantly while an Ethereum Classic development group ETCDEV called it quit earlier this week citing financial struggles.