Ethereum (ETH) core developers have agreed on 7,080,000 for the launch of Ethereum’s next major upgrade tagged “Constantinople”. The developers reached the agreement during its bi-weekly developers meeting on Friday, Dec. 7.

As Smartereum reported, had decided to postpone the release of Constantinople on the mainnet to mid-January of next year after delays caused by challenges it met when the upgrade was deployed on the Ropsten testnet. The upgrade encountered a consensus problem on Ropsten which caused the developers to delay the launch.

The new agreed launch block sets the hardfork date at around Jan. 14, 2019 according to estimates from ethereum block explorer etherscan. With a block time of 14.2 seconds and around 231,511 blocks left to launch block (at the time of writing), the hardfork activation is expected just around mid-January. 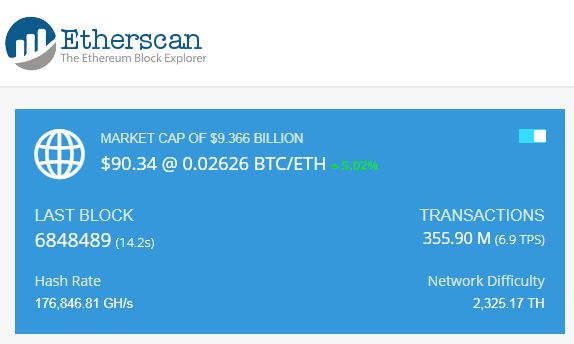 In a previous developer meeting, developer Lane Rettig noted that January was a good time for the launch since it gave them a good time before the block “difficulty bomb” which will become noticeable by April of next year.

The difficulty bomb is a preprogrammed algorithm included in the ethereum code that makes blocks steadily harder to mine. This is designed on purpose as an incentive to encourage regular network updates. The Constantinople upgrade, just like other upgrades, will sort of reset the difficulty towards the next planned upgrade.

Beyond the difficulty bomb, Constantinople will include about five major changes to the ethereum blockchain. These changes contained in different Ethereum Improvement Proposals (EIPs) include a reduction in mining reward from the current 3 ETH to 2 ETH. It is also been heralded as the upgrade that will begin the transition from the energy-consuming Proof of Work (PoW) consensus algorithm to the Proof of Stake (PoS).

The Need for Other Improvements to Ethereum

There are other changes being proposed for the ethereum which may not make it for the upgrade planned for January. These improvements are targeted at the issues of scalability on the blockchain. Analysts from Northeastern University and the University of Maryland had pointed out problems with Ethereum smart contracts which they claim pose a threat to the entire Ethereum blockchain ecosystem.

As reported by Smartereum, documents published on Ethereum’s GitHub repository revealed discussions about Ethereum 1x and Ethereum 2.0 roadmap by developers at the DevCon conference. The meetings attended by some notable ethereum contributors including cofounder Vitalik Buterin created working groups to coordinate activities around considerations like eWASM and blockchain storage rent. Parity developer Afri Sheldon had condemned the private nature of those meetings.

At the Friday conference, Hudson Jameson communications officer for the Ethereum Foundation noted that all other meetings concerning ethereum 1x will be done in public. The developers discusses issues about ethereum 1x and ProgProw, a proposal seeking to remove specialized ASIC miners from the ethereum blockchain.

On ProgProw, Martin Holst Swende, security lead at the Ethereum Foundation said, “We are getting the options out there and then make a decision later on.”

“ProgPoW has not been decided as something we are definitely putting in or doing. Same with any of the working groups we discussed today.”

According to developer Swende, who is also the security lead at ethereum client go-ethereum, the client will include an emergency switch to delay the upgrade in the event of any unexpected issues.

Currently the third largest crypto by market cap, ETH has suffered a horrible 2018, losing as much as 94 percent from its all-time high. At the time of writing, ETH trades at just above $90 about a 5 percent increase from the last 24 hours. It is still down 20 percent from the last 7 days though.