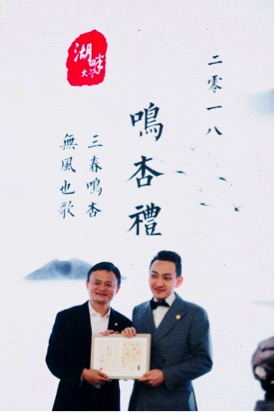 The fact that EOS and Ethereum are having a hard time is no secret. The entire industry is facing possible crash but, in the smart contract world, Ethereum and EOS are facing the highest threat of collapse. Keep in mind, however, that even if there is negative and bearish pressure in the market, there is still hope for a recovery. In this unpredictable industry, it’s not over until it’s over. Notwithstanding, some in the industry are trying to take full advantage of the crisis. For example, Tron’s Justin Sun recently offered to rescue Ethereum and EOS developers from the alleged upcoming network collapse.

The Tron blockchain is a decentralized internet protocol and its CEO, Justin Sun has announced that he will create a fund for rescuing EOS and ETH developers as the platforms collapse. He gave them the opportunity to migrate to the Tron network. After he made the comment on Twitter, a user replied saying:

“So you’re inviting us to jump from one sinking ship to another sinking ship? I am in. When do we jump sir?”

The EOS New York account which is an account that represents the EOS block producers responded to Justin Sun saying:

Many others responded after that. Some responses were negative, some were in support of the proposal while some called for unity in the industry. Making reference to the recent BCH fork war, one use said:

“It seems like we have shifted from a hash power war to a dApps war.”

Justin Sun has always had the habit of throwing shades at competitors in the industry via social media. In October, he said that his company’s latest update Odyssey 3.1, has the capacity to beat Ethereum’s blockchain in terms of speed and cost. While these claims were not yet verified at the time, they led to an 8% spike in the price TRX.