Smartereum
Home Blockchain What If Apple Decides To Build A Blockchain? How Will The Industry... 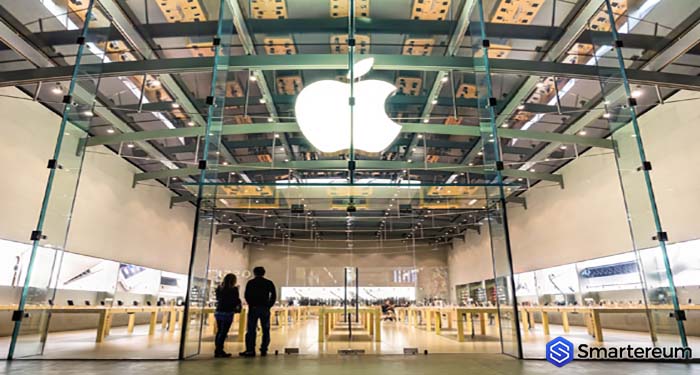 For many years now, Apple has been one of the leading tech companies in the world. Products by the company are as popular as they are durable. Have you ever imagined what will happen if Apple decides to integrate blockchain technology in one of its devices. What would happen if the tech company decides to build a blockchain for IOS 14? Well, one thing is sure, it will cause a significant boost in adoption of blockchain technology. Apple has just what it takes to make blockchain payments work at scale.

Over the years, they have been many efforts to integrate blockchain technology in traditional media. The response received so far have been confusing. Apple might have an edge over other blockchain startups in this regard because it already has an existing relationship with media outlets. It can kick start mass adoption by persuading these companies to install and use blockchain systems. They will offer free tokens to their vast user base and users will be able to buy more from the app store when necessary. The transactions would be traceable on the blockchain.

If Apple is able to do this, both the tech company and the blockchain industry will benefit greatly. Things like transaction costs will be reduced and the payment process will run more smoothly. All the issues that floored micropayments will be eliminated with this system. Let’s not forget about the boost in reputation Apple will enjoy for helping an infant industry grow. While this is just a speculation, the facts don’t lie. It will be beneficial.

As reported by smarttest.wpmudev.host, Facebook has invested heavily in blockchain technology. The company is currently on a hiring spree for blockchain experts. While there is a lot of potential in this venture, Facebook has stained its reputation already. After being accused of selling the private information of its users to third party sites, Facebook lost the trust of a lot of people. Even if Zuckerberg issued a public apology, there is still a lot of work to be done to regain its reputation.

On another end of the tech continuum, Microsoft has been working on blockchain solutions that it will use to manage its intellectual property on the MS word gaming console. It’s only a matter of time until it extends this interests to a broader consumer payment system. This is also going to lead to a spike in adoption of blockchain technology.

Even if Apple hasn’t openly talked about diving into the blockchain industry, the company has the potential to create a disruptive effect on the industry. This will be especially so if it decides to create a blockchain-powered payment method. Even if Apple doesn’t make the move soon, Facebook and Microsoft might. Both companies will still be capable of disrupting the industry.

If Apple penetrates the industry, it would be a matter of time until Google joins. These two companies alone are powerful enough to bring blockchain technology to the masses. When they start, others will follow. Eventually, blockchain will be used for media payments in the most remote parts of the world.