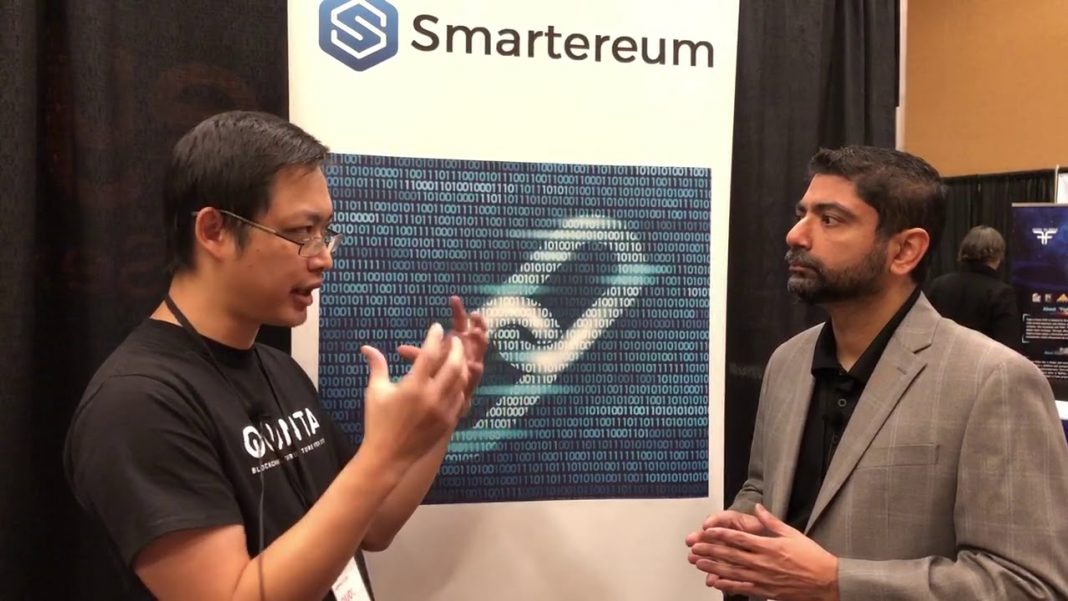 Cryptocurrency traders are always on the lookout for a better trading experience and despite the downturn in crypto prices, interest in trading has not waned. Decentralized exchanges have for long been touted as the solution to all that’s wrong with the popular centralized trading platforms.But for obvious reasons, the era of DEXs has not turned out as anticipated.There is something missing in the equation, that something, Quanta says, it’sout to rectify.

During the just concluded CryptoBlockCon Las Vegas conference, Quoc Le, founder of QUANTA Crypto Exchange spoke with MaheshSashital of Smartereum about several aspects of the project as well as developments in the cryptocurrency space. (CrytpoBlockCon is a global blockchain conference that brings together major players in the blockchain better trading space including developers, founders, influencers and enthusiasts)

Le, who represented his organization at the conference, explained that most cryptocurrency trades—over 90 percent—happen on centralized exchanges which are a compromise between liquidity and trading performance indices like speed, transparency, and security. He further noted that whereas centralized protocol exposed users to threat of cyberattacks, is less transparent and takes up to 15 seconds to settle trades as against decentralized system which should take a fraction of a second. But decentralized exchanges are known to lack liquidity.

With a fair trading protocol, Le said that traders can get the best functionalities of a truly decentralized system; speed, security and transparency as well as liquidity. According to information on the project’s whitepaper, “Fairness means traders do not compromise between speed and security, their token custody is on-chain, and order-book matching is auditable.”

Le explained that having examined virtually all research and development being done in this regard, the team determined the solution does not lie in a fixed liquidity pool or a smart contract rather in a new building a protocol, a fundamental infrastructure.

“We came to a conclusion that we have to build this fundamental infrastructure by building starting from bottom up” Le told Smartereum.

Speaking about the Quanta team, Le said that he and a number of experienced developers and engineers were working out of Silicon Valley, though the Quanta Foundation is originally founded in Singapore. Le has an enviable resume which includes stints at PayPal, eBAy and Tango. He is no stranger to high-profile innovations having championed the successful launch of MusicPix at Tango, led to $10M seed fundraising at GfyCat and built web services handling over 1billion requests per day in production @ 10ms.

More information can be found on the projects website (www.quantadex.com) and social media handles.

Watch the complete footage of the interview here: