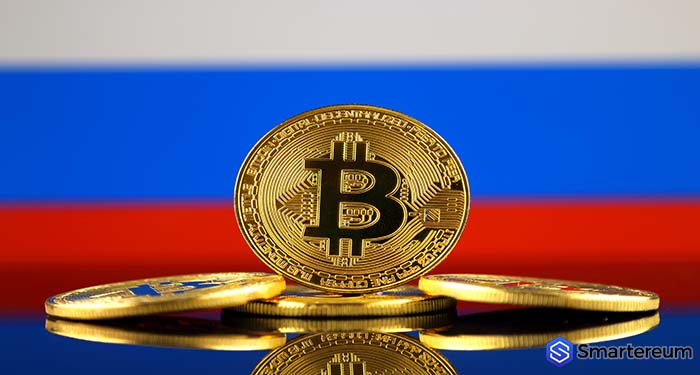 Russia’s Ministry of Finance (MinFin) is reportedly making plans towards creating a digital currency for the Eurasian Economic Union (EAEU). According to a report published on Friday by local news outlet Rambler, the MinFin believes that such a digital currency which does not depend on the U.S. dollar will be “inevitable” to evade sanctions from the United States. The EAEU is a five-member regional body formed in 2014 to bolster trade and integrate the economies of member nations from Europe and East Asia after the cold war with the United States. The member countries include Belarus, Kazakhstan, Russia, Armenia and Kyrgyzstan. One of the proposals of the EAEU treaty is to form a central currency in the future. Alexei Moiseev, Russia’s deputy finance minister, disclosed that the bank sees a possibility in launching a digital currency backed by EAEU countries as soon as 2020 or 2021 according to the reports.

Not Exactly a Cryptocurrency

While digital currencies now seem analogous to cryptocurrency, the EAEU may not be creating a cryptocurrency, according to another local news outlet TASS. Cryptocurrencies, as we know them, are powered by blockchain networks where transactions are validated in a decentralized manner. According to the TASS report, Moiseev stated that the regional digital currency project will not involve blockchain technology. He explained that the currency will be developed in a similar manner as the European Currency Unit (ECU), which was the regional currency of the European community before the launch of the Euro in 1999. The ECU, however, was not an independent currency like the EURO rather it was determined by the weighted average of the currencies of participating nations.

A strong motivation towards the development of the regional currency, according to Rambler, is anticipated U.S. sanctions. “We hear promises of new upcoming sanctions. Accordingly, we have to react by building secure international payment system that are not based on the U.S. dollar,” Moiseev was quoted as saying. If this is the case, he notes that the creation of the digital currency will be “inevitable”. The local sources claim that the project has garnered support not only from the participating countries of the EAEU but also from other countries outside the region including major trading partners. As Smartereum reported, Iran had considered creating its own digital currency to evade sanctions from the United States. This strategy is not new as countries believe that having a system that facilitates cross-border trades with other countries without involving the U.S. dollar will help evade economic sanctions placed by the U.S. Venezuela similarly launched its oil-backed cryptocurrency Petro earlier this year and president Maduro has been pushing for its use in oil trades and other economic activities within Venezuela and with its trading partners.

Russia’s crypto Rubble will be fiat-backed

Despite considerations towards practical use of digital currency, Russia has maintained a firm stance against several cryptocurrency activities in the country. Last month, Anatoly Aksakov, Russia’s State Duma Committee on Financial Markets gave an update on the proposed national crypto the “crypto Rubble”. Other than a cryptocurrency, Aksakov explained that crypto Rubble will be the same ruble in an encrypted form. “For example, you bring 100 thousand rubles to a bank and get 100 thousand crypto rubles, one to one for fiat money. You use these funds to buy goods fixed in the blockchain,” he explained.