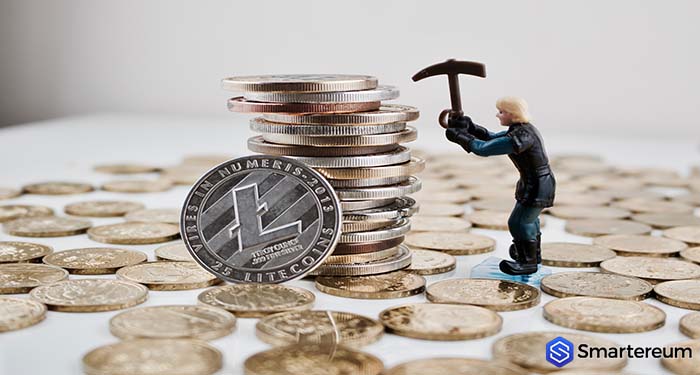 Crypto miners, who normally rely on crypto prices to stay afloat, are now left hanging in many ways than one. The high price of mining rigs as well as the GPUs worth thousands of USD, and the cryptocurrency they have mined with these tools have contributed to this development. Now that digital asset prices have remained below break-even positions in recent months, crypto miners must consider whether they can continue with the increasingly expensive operations or simply cut their losses.

Miners are Operating at a Loss

In the early part of December, Bitcoin (BTC) observers noticed that the crypto asset’s hash difficulty had declined by 15%. In fact, since November, the Bitcoin hash rate has decreased by 30%, reflecting that there is an exodus of miners. The cause of this situation is the continued decline in mining revenues. Bitcoin (BTC) Price Today – BTC / USDThe short-term outlook isn’t optimistic. Even with the enthusiasm of bullish industry observers, the smaller miners have to deal with a real crisis. The promise of a future price bump might not be enough to ensure that they keep operating. For miners, energy, and resources, mean that operating at a loss isn’t favorable in any circumstances. For example, despite the fact that miners saw $4.7 billion in revenues over the past year, smaller mining operations can’t keep up with larger miners who have gradualy centralized control of the sector.

Most smaller miners are looking to initiate a soft landing in other sectors without needing to sell the equipment they have purchased and remained on the hook for. In truth the problem relating to reselling is that most of the ASIC processors and GPUs typically have significant wear, and the inflated crypto market where they were purchased from has returned to earth, to affect prices heavily. Some miners may not be looking to abandon their setups. Rather they want to pivot them into something more profitable as the market adjusts. With the number of innovative alternatives available, miners may shed their crypto asset shackles and diversify their operations.

Things Will Stay the Same for Miners As Long as Volatility Remains, Branching Out or Diversifying More Realistic

The common commodity miners can offer, if they choose to branch out from mining, is processing power and raw computing. Technology like neural networks, AI and machine learning need significantly higher raw power. The reality for digital asset miners is that as long as the market stays volatile, their fortunes will stay the same.  Even though it may remain profitable to keep mining in the bull market, the continued period of losses makes it difficult to generate money. In fact, the status quo now favors bigger miners who have the ability to buffer their costs and stay running during downturns. For smaller miners, the issue of survival might fully depend on their ability to diversify computing power without declaring their efforts and expenses a sunk cost. By looking for projects and platforms that typically take advantage of their tools, miners whether small or big can weather the storm now and be prepared for a future bounce back in prices.