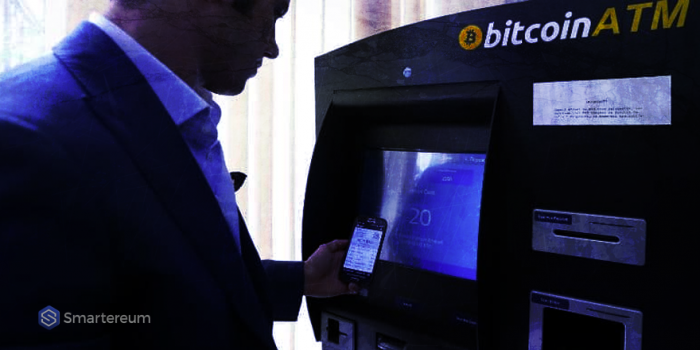 The total number of digital currency ATMs (automated teller machines that support digital currency) has doubled through the the year. According to the report there are now more than 4,000 cryptocurrency ATMs spread across major nations around the world. The ATMs are in approximatelly 76 countries worldwide and operated by 520 organizations. What does the growth mean for the sector?

According to the report via ldata published by crypto analytics platform Data Light, the total number of crypto ATM machines has doubled this year despite the extended bear market that has seen the price of the majority of the top digital assets crash. As per the report, Data Light claims that on the average about 6 crypto ATMs have been installed per day this year. If the bear market crash didn’t affect the growth of crypto ATMs then the we can agree that the future is bright for the sector.

More Than 4k+ Of These ATMs Support Bitcoin, 2,000 Support Ether

From the data collected by Data Light m, out of all 4,051 ATMs out there nearly all support top digital asset Bitcoin (BTC), while about half of that figure support Litecoin (LTC) and close to 2,000 allow transaction with Ether. Bitcoin Cash (BCH) is the next in line as the second most widely supported cryptocurrency. Others including privacy-centric crypto tokens like Dash (DASH), Zcash and Monero are next in line. Some crypto ATMs also support Dogecoin.

Most Of The ATMs Were Installed In Early Part Of 2018

From the shared graph, it appears that most cryptocurrency ATMs were actually installed within the first few months of this year. A period when the price of most of the top digital assets were still relatively high when compared to crypto prices today. It appears that things are getting better in the crypto ATM sector because at the start 2014, the number of ATMs dropped in November 2015. Now it is on the rise and the bear market crash didn’t affect it. As Per CoinATMRadar data, there are reportedly 4,100 cryptocurrency ATMs around the world. Most of these crypto ATMs are located in the US. According to CryptoGlobe’s report, the total number of crypto ATMs hit 3,000 in May 2018.
These machines usually have high usage rates, as some charge users up to 8% to buy tokens with fiat currency. Note that there are different kinds of cryptocurrency ATMs including machines that allow users to buy and sell cryptocurrency and others that only allows users to buy. Additionally, the crypto ATM market remains fully covered, and is expected to grow to about $145 million by the year 2023.
The sector is forecasted to get an annual compound growth rate of 54.7% through the next five years, as per the data feport published by ResearchandMarkets. And we shouldn’t neglect the fact that the market has been going through some resistance in recent months. We can recall from an earlier report that India’s first Bitcoin (BTC) ATM was taken down just after it had being set up, because the authorities claimed that its operator, Unocoin, did not have permission to install the system.