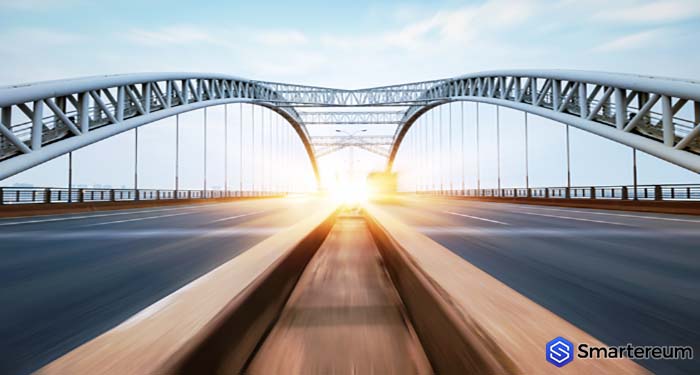 New study conducted by blockchain startup Clovr, has shown that about 15 percent of people residing in the United States who transfer money abroad do so using cryptocurrencies like bitcoin [BTC].

In its report titled “Sending money back home: Worldwide methods people use to transfer funds”, Clovr said it surveyed 707 people who’ve sent money abroad. The study sough to understand who they’re sending funds to, what the money is being used for, and what methods they’re using to send the money.

From the Clovr study, 15.8 percent of the participants who sent money abroad since answered that they did so using cryptocurrency. This placed cryptocurrency as the fourth most used medium of cross-border remittances among the participants while conventional means like online service payments, money transfer services and traditional bank wire transfers remained the more popular means at 50 percent, 50.9 percent and 25.7 percent respectively.

The Promise of Cryptocurrency for Cross border Transfer

The study showed that cryptocurrency had overtaken older forms of remittances like mail wire transfer and mail cash transfer. According to Clovr, cryptocurrencies could overtake all other forms of transfer means due to its advantage of speed and very low fees.

“Where this industry is ripe for disruption is in the introduction of blockchain-based currencies, or cryptocurrencies, which could offer a cheaper and faster way to transfer funds. If some of the largest companies in the world, like Microsoft and Starbucks, are comfortable accepting cryptocurrencies as a form of payment, this should instill confidence in using these new forms of payment for sending remittances.”

Put in perspective, the Clovr report claimed that bank charges for a cross-border remittance of $500 was about $52.05 on the average. For the same amount, money transfer operators charge as much as $30.75 while traditional post office charged $34.05.

“People sending money home after they’ve migrated from other countries to the United States is a practice that will likely continue far into the future… As individuals look to make sure that as much of every dollar they send can make it back – as close to a one-to-one match as possible – digital payment options, like those presented by cryptocurrencies, can pique the interest of customers.”

Clovr also found that most of the $147 billion sent abroad from the United States made its way to Mexico, China, India and Philippines. These top four received $10.02 B, 16.14 B, $11.72 B, and $11.12 B respectively. Vietnam, Guatemala, Nigeria, El Salvador, Dominican Republic and Honduras completed the top 10 recipients.

Also, 76.8 percent of respondents said that they were sending the funds abroad for their family while 28.6 percent say the funds were sent to friends. Most of the funds were mean for food (41.4 percent), household items (28.7 percent), and housing (25.2 percent)

The Clovr report can be found on its website.