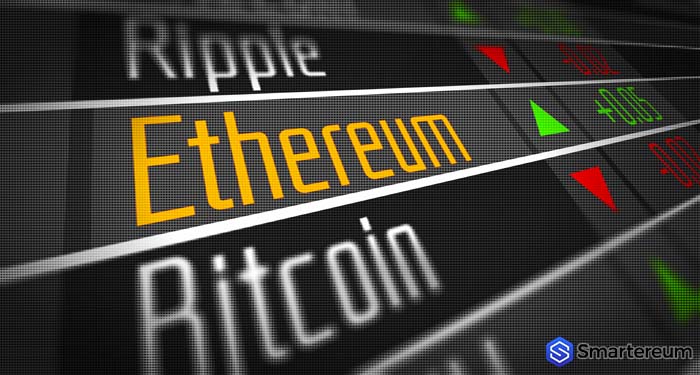 The Chief Executive Officer of BitMex cryptocurrency exchange Arthur Hayes has tipped Ethereum’s native token ETH to surpass the $200 mark in the near future. Hayes, a vocal cryptocurrency analyst, said on Wednesday that the ETH surge will follow a resurgence of Initial Coin Offerings which is will happen within the next year and half.

In an interview with Cryptocurrency news site Coin Telegraph on Wednesday Dec. 26, Hayes explained that the ICO market as of 2018 is dead but will rise again within or before 2020.

“The use case for Ether is primarily ICOs. That market is dead right now […] Once there are new issues, then Ether will rebound aggressively. When the ICO market returns, Ether will quickly test $200. The timing of the ICO rebirth is 12 to 18 months out.”

The Demise of ICOs and Rise of STOs

ICOs sued to be the talk of the cryptocurrency boom—several blockchain startups raising several millions from investors. But since the second half of 2018, ICOs have generated far lesser capital than in previous months reaching record lows.

In an expert contribution to the monthly report of ICO rating platform ICO bench, crypto influencer and co-founder of Smartereum Salih Sarikaya explained that Security Token Offerings were primed to overtake ICOs as the go-to crowdfunding method for blockchain start-ups going into the New Year.

Hayes seems to agree that STOs will garner attention of the market though he expressed doubts that this will be sustained. His reason? STOs are fundamentally flawed.

“Security tokens and stablecoins will prove attractive sirens for investors in 2019 […] While their fundamental raison d’etre is flawed, investors in this time of pain will latch onto anything they believe will be their ticket to easy riches.”

The Connection between Ethereum [ETH] and ICOs

Ethereum has encountered challenges including a well-documented struggle to address scalability issues. But the most telling on its price remains the sell-off of ETH by ICOs who raised funds on the platform using the ETH token.

As Hayes noted, the growth of ETH to its all-time high in January was mainly due to the impact of the ICO boom. The ethereum platform was positioned as the platform for launching ICOs, decentralized applications and smart contracts.

Following the downtrend in ICOs, Ethereum has also fallen drastically falling from its all-time high of above $600 to less than $100 at some point and lost its place as the largest altcoin by market cap to Ripple’s XRP token.

Ethereum is currently trading at $130 to the US dollar after a pre-Christmas rally where it gained more than 40 percent in one week to rise above double digits. The momentum have slowed after a Christmas sell-off; ETH is trading 1 percent better than in the last 24 hours. The market cap is just above $13.5 trillion compared to XRP’s $15.3 trillion.

Long-term, crypto market analysts are bullish on Ethereum. It’s next planned hardfork is expected to kick start the transition from the Proof of Work era to the more sustainable Proof of Stake consensus algorithm. This positive will be followed by major changes being discussed for Ethereum 1x, and Ethereum 2.0 hoped to bring a lasting solution to the network’s scaling problems.

Read our special report here to understand why long-term cryptocurrency projections are better than short-term predictions.