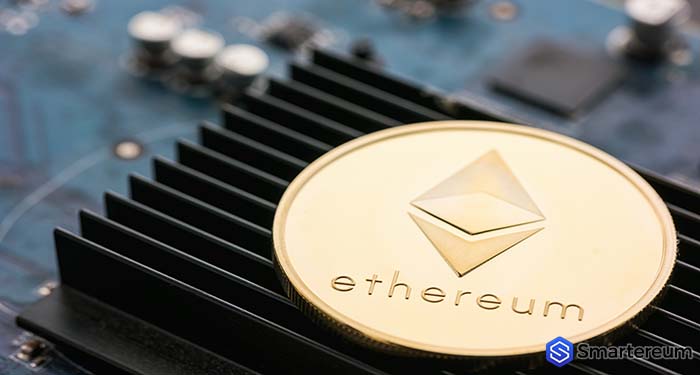 According to recent reports Ethereum (ETH) development studio, ConsenSys will go into a partnership with computer chip manufacturer AMD. Both startups have revealed that they will be collaborating to develop a cloud computing infrastructure that will be based on the Blockchain technology. Both companies will be teaming up to design a new cloud computing infrastructure to boost computing power for Blockchain processes.

On Friday, January 4, 2019, ConsenSys had announced that it going to join hands with AMD to work with them and Halo Holdings an Abu investment firm Halo Holdings on W3BCLOUD. W3BCLOUD is a cloud computing architecture that will be supported by the manufacturer’s hardware specially designed for supporting all decentralized applications.

Under the collaborative effort, ConsenSys will provide the necessary expertise regarding how Blockchain-based transactions will need to be processed and use cases. Jerog Roskowetz AMD’s director of product management for Blockchain technology via a statement revealed that the technology giant is going to give ConsenSys access to top performance hardware tech with the capability of delivering improved scaling and making decentralized networks and services more straightforward for users.

Roskowetz: The Goal is to Meet the Growing Demand for Smart Identity, Enterprise Data Centers and Supply Chain Management

Roskowetz also added that, in turn, the platform’s goal should be to meet the growing demand from top corporations and governmental agencies to use the technological support smart identity, health ID tracking, enterprise data centers, supply chain management solutions and licensing. There’s more. Via a statement, Joe Lubin the founder of ConsenSys also pointed out that boosting the computing power of Blockchain networks by using AMD technology will facilitate the scalable of emerging decentralized systems on a global scale.

“The merging of hardware and software is going to power a fresh infrastructure layer and facilitate an accelerated proliferation or massive adoption of the Blockchain technology.”

Recent research in the Blockchain scene has shown that AMD chips have started to become popular in already functional Blockchain-based networks. It is particularly used by retail customers who are looking to mine digital currencies. We can recall that at a point, up to about 10% of AMD’s quarterly revenue was derived from the crypto mining sector according to a company report from last year.

However, because interest has fallen in mining many months since that time, and with sales to miners significantly dropping to “negligible” levels before the previous year came to an end, the scene has slightly changed. That being said, the crypto startup has previously released several software updates for its crypto miners specifically with the goal of bolstering the Blockchain processes. When asked about the latest updates about the new collaborative effort between both firms representatives of AMD and ConsenSys declined to respond to requests for comments as of the time this piece was published. Maybe more light will be thrown on the situation in the near future.