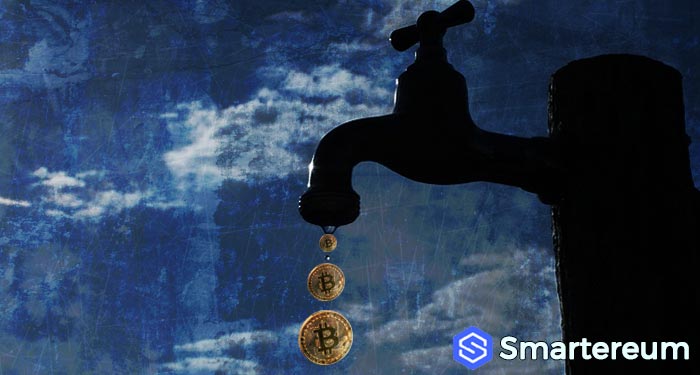 Ethereum (ETH) is just now the third-largest digital currency by market capitalization after dropping to number three among the top digital currencies. The most popular network for dApps (decentralized applications), is reportedly getting an upgrade (Constantinople) on Jan. 16. The upgrade will make the Ethereum (ETH) network more efficient making way for lager changes in the future.

Constantinople will bring several important alterations for Ethereum (ETH) miners. Below is a highlight of what is happening as we get to the date set for the upgrade.

The Upgrade Will be Non-Contentious

The upcoming Ethereum Constantinople upgrade is technically a fork. However, it is very likely be offered as a non-contentious solution meaning that there’s no disagreement on whether or not it should happen. This, in essence, means that Ethereum (ETH) will not split into two separate coins on the 16 of January. If everything goes as planned (and chances are good that it will go well) your Ether holdings will be the same as it was before and after the hard fork, regardless of whether or not your Ether tokens are on a private wallet or a crypto exchange.

Ethereum (ETH) holders will not get any new token. In the event that you see information about it anywhere, know that it is a scam or irrelevant project that is just trying to get attention from the controversy surrounding every crypto hard fork. It is paramount to note that the January 16th slated date for the Constantinople upgrade is approximate. We can expect the upgrade from the point when block 7,080,000 is mined on the Ehereum blockchain which is approximately set to be Wednesday, Jan, 16. However, the exact time may actually shift a bit as new blocks are typically found in a similar amount of time.

Setting the Foundation for a Faster Future

With that issue out of the way, we understand that there are a few more things that users must know about the Constantinople upgrade. The upgrade includes five EIPs (Ethereum Improvement Proposals), which are documents that explain a new feature or an alteration in the Ethereum code. Four of these EIPs include 145,1014,1052,1283. They all describe a range of technical improvements on the network to make Ether more efficient, and cheaper to use which will easily clear the way for further upgrades in the future.

Moving From the PoW Consensus Algorithm to the PoS Consensus Model

The 1234 EIP which is the fifth EIP, will bring two major changes to the network. One reduces rewards for mining Ethereum (ETH). While the other one delays the “difficulty bomb,” the mechanism that ensures that Etheruem upgrades from the Proof-of-Work (PoW) model to the Proof-of-Stake (PoS).

Ethereum (ETH) as is the case with Bitcoin (BTC), is a Blockchain-powered platform using the Proof-of-Work consensus model. Under this model, Ethereum (ETH) mining results in a vast amount of energy wastes. But under the new technology that is the Proof-of-Stake mining machines would be removed altogether. Many have anticipated this upgrade for months now, and as the date approaches we can only wait and see what effect it will have on the digital asset and the wider cryptocurrency community.