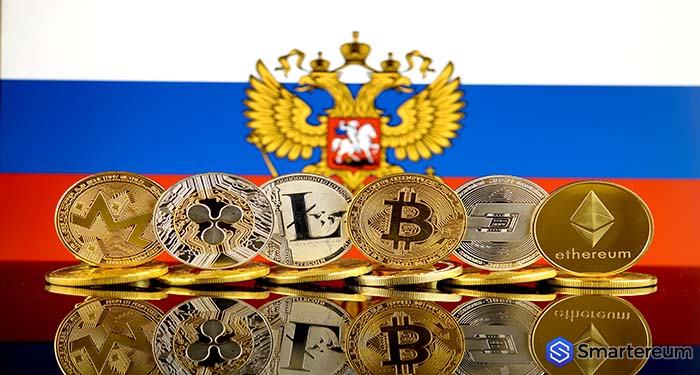 Last week, there was a rumor in the cryptocurrency industry that Russia was making plans to buy Bitcoins in bulk. The reports suggested that this move was to be made in a bid to evade economic sanctions imposed by the United States. Well, this information has been debunked by Russia. As published by Forklog, Russia is making no such plans.
The chairperson of State Duma, the interdepartmental working group that specializes in managing risks attached to cryptocurrency turnovers, Elina Sidorenko, talked about this issue. According to her, even if Russia is planning to explore blockchain and cryptocurrencies, the kind of mass adoption rumored will not happen in the short or medium term. In her words:

“There isn’t a bit of common sense or idea under this statement that a government would consider. Like any other country in the world, the Russian Federation is not yet prepared to combine cryptocurrencies with the traditional financial system large scale. This doesn’t mean such an idea can’t be implemented but it would be in the next 30 years or more.”
The person who started the rumor was Vladislav Ginko. Ginko is an economist who works at the Russian Presidential Academy of National Economy and Public Administration. Ginko claimed that the Russian government is planning to buy at least $10 billion in BTCs before the first quarter of the year is over. The rumor is baseless because the Russian government is yet to have the ideal legal infrastructure that will support the circulation of cryptocurrencies as a legal tender.
Sidorenko continued:
“Even if the Russian government was planning on buying cryptocurrency assets at this time, it would be unable pull this off because it still doesn’t have the ideal legal mechanisms for the introduction of this system. Where would these assets be stored? Who will be responsible for them? Which regulatory body will watch the industry for abuses and other similar things. A cryptocurrency model doesn’t fit into the Civil legislation in Russia at this time. As you know, cryptocurrency assets are high risks all over the world. So, they naturally don’t suit anyone.”

It’s true that the current infrastructure doesn’t suit the mass adoption of cryptocurrencies in Russia. However, this doesn’t mean that a unified system of cross-border payments is far-fetched. Sidorenko said that BRICS countries are already moving very close to this level.
In a bid to reduce their reliance on the USD, the Russian government decided to shift its monetary reserves to Yuan and Euros. It removed $101 billion of its USD holdings. This is according to the report that was published by the Central Bank of Russia a while ago. So, using cryptocurrencies to further free itself from depending on the USD isn’t such a bad idea. Even if the Federation may not be ready to make such a bold move now, it may have something planned for later. We just have to wait and see.
Bitcoin (BTC) Price Today – BTC / USD
What is your take on this subject? Do you believe Russia isn’t trying to buy Bitcoins or is this just a way to get the media outlets off their backs while they carry out with their plans?