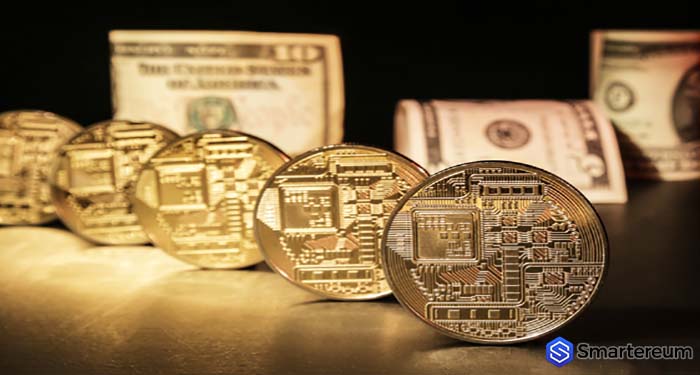 According to a recent report, Saudi Arabia and UAE have just released their pilot digital currency. These are two nations with the second largest joint sovereign wealth funds in the world. According to Emirates New Agency – the official news agency of UAE – the Saudi-Emirati digital currency is one out of the seven initiatives which will be implemented on both nations.

The Saudi-Emirati Digital Currency Is for Banks Only

Created back in 2016, the Executive Committee of the Saudi-Emirati Coordination Council had their first meeting on the 19th of January. According to the Council, the new digital currency will be used for international settlements between local banks and central banks.

The Council said that the digital currency will serve as an experiment to better understand blockchain technology and pave the way for seamless transactions between the two nations. However, the announcement did not reveal the blockchain that was deployed.

In a statement, the Council said, “The digital currency relies on the use of a distributed database between the central banks and the participating banks from both sides. It seeks to safeguard the interest of customers, assess cybersecurity and set technology standards. The project will also determine the effect of a centralized currency on monetary policy.”

Financial institutions in Saudi Arabia and the United Arab Emirate studied blockchain technology very well before they implemented the initiative, according to a report by CCN in 2018.

In December last year, the Securities and Commodities Authority (SCA) of UAE recognized Initial Coin Offerings as securities. According to the announcement, the SCA was also working on a regulatory framework which would be released at the middle of this year.

The authorities of UAE are being very careful in their dealings with digital currencies, but they continue to encourage the growth of blockchain in the nation. Back in 2016, the crown prince of Dubai – Sheikh Hamdan bin Mohammed bin Rashid Al Maktoum – introduced a blockchain strategy that plans to transfer all government-owned documents on a blockchain by 2020.

According to a tweet by the crown prince, “The Dubai Blockchain Strategy also aims to unlock 25 million hours of economic productivity annually in saved document processing time.”

The Emirate Islamic Bank of UAE also explored the technology by submitting cheques on a blockchain “Cheque Chain” back in 2017. Once the test was successful, Emirates NBD – the parent bank of the Islamic Bank of UAE – kick-started the initiative last year and registered 1 million cheques in the first four weeks alone.

In November last year, Hilal Bank o UAE became the Islamic Bank to use blockchain for processing the transaction of a Sukuk – a bond complying with the standards of Sharia. Some of the top digital currency and blockchain firms have already started looking towards the expansion of their services in UAE. The United Arab Emirate has already welcomed Huobi – one of the leading digital currency trading platforms in the world. They also have plans of launching international payment services in collaboration with RippleNet this year.

Digital currency and blockchain technology are gaining mainstream adoption. Some countries have imposed stricter rules on them, whereas, some countries are welcoming them with open arms. As the adoption and awareness of digital currencies continue to rise, their values will also follow suit subsequently.