Smartereum
Home Cryptocurrency Bitcoin CBOE Has Withdrawn Their Proposal for a Bitcoin (BTC) ETF Backed By... 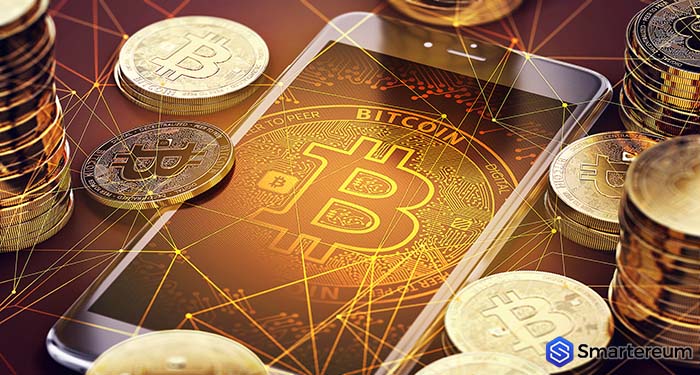 Sometime last year, the CBOE Exchange filed an application for a Bitcoin (BTC) exchange-traded fund backed by SolidX and VanEck. The U.S SEC said it was going to look into the proposal this year. However, the exchange just withdrew its proposal. The approval of this proposal would have paved the way for a Bitcoin (BTC) ETF in the crypto space.

In a post released on Wednesday, Eduardo Aleman – the Deputy Secretary of the U.S SEC – said that the CBOE BZX Exchange has withdrawn its proposed rule change. The trading platform filed for the withdrawal on the 22nd of January this year.

The exchange filed the proposal in June last year when the investment company – VanEck – collaborated with SolidX – financial services provider – to provide a physically-backed ETF for Bitcoin (BTC). Other proposals like this have dependent on Bitcoin (BTC) futures contracts, instead of the value of the digital currency itself.

The U.S. Securities and Exchange Commission delayed any verdict on the application several times. Asking for the opinion of the public and meeting with proponents. The deadline for the final verdict of the SEC is on the 27th of February.

CBOE Gave No Specific Reason for the Withdrawal

In the official notice, the trading platform did not state any specific reason for the withdrawal. However, some securities attorneys are saying that the ongoing government shutdown would result in the denial of the exchange-traded fund, as staffers at the U.S. SEC are not able to review the proposed rule change.

Gabor Gurbacs – the director of digital asset strategy at VanEck – told CoinDesk via an email that the filing has been “withdrawn temporarily.” He said, “We are actively working with major market participants and regulators to build adequate market structure frameworks for a BTC exchange-traded fund and digital assets in general.”

On Wednesday, Jan Van Eck – the CEO of VanEck – told CNBC that they withdrew the proposal and it would be submitted at a later day after continued discussions with the U.S. SEC. However, those discussions were put on hold due to the ongoing partial government shutdown in the United States.

In a statement, the CEO of Eck said that: “We were engaged in discussions with the U.S. Securities and Exchange Commission regarding issues related to Bitcoin (BTC), market manipulation, prices, custody, and that had to stop. And so, rather than trying to slip through or something, we just had to withdraw the proposal and we are going to re-file when everything is up and running and the SEC gets going again.”

In an earlier interview with CoinDesk, the chairman of broker-dealer practice at Lowenstein Sandler – attorney Ethan Silver – said that if the U.S Securities and Exchange Commission were forced to deal with the application, they would deny it sooner than to be in a position where it is approved on a technicality.

At the time of writing, Bitcoin (BTC) is trading at $3,542 after a decrease of less than one percent over the past twenty-four hours. The world’s digital currency by market cap currently has a market cap of $62.05 billion with a trading volume of $2.47 billion over the past twenty-four hours. Bitcoin (BTC) has been trading below the $4k level for quite some time, and it needs more bullish momentum to break over this level.