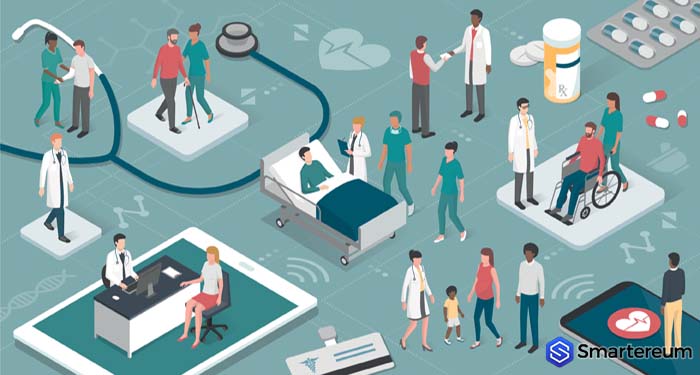 IBM is partnering with United States-based health insurance giant Aetna and some other healthcare industry players to develop blockchain network for medical data and health claims.

According to a report on Reuters, the blockchain network is aimed at cutting costs in the healthcare industry. In a joint statement, the partners explained that the blockchain-based ecosystem will allow the sharing of databases across a network of computers, for processing claims and payments and to maintain directories.

Speaking on the nature of the agreement, Barbara Hayes, IBM general manager for payers at IBM Watson Health told cryptocurrency news outlet Coindesk that the founding members including IBM will have an equal stake in the venture.

“IBM is one of the founding members, but everybody has an equal stake across those founding members. It’s so important because you do have competitors side by side who are going after tremendous amounts of waste that is in the healthcare system; 40 cents, 50 cents on the dollar.”

Hayes also emphasized the need for a collaborative effort in the health sector which greatly reduces inefficiencies and wastages.

“In healthcare, these inefficiencies are in clinical areas and in administrative areas – or just friction that happens in the system which leads to bad customer experience.”

Furthermore general manager of intellectual property at IBM Dr. Bill Lafontaine explained that other members including technology companies and healthcare providers will be allowed into the network in the near future.

“We are going to provide the SDKs and other ways to link to the platform. We are leaving this very open because many of the members are bringing different technologies that they have already been investing in and so they get a faster return on that investment.”

An executive from PNC Bank, Chris Ward, also explained that by using this technology, we can remove friction, duplication, and administrative costs that continue to plague the industry.”

IBM is not new to pioneering blockchain projects like this one. The tech giants partnered with shipping industry leaders Maersk to create a blockchain network for global shipping and logistics industry. As Smartereum reported, the blockchain platform dubbed TradeLens has garnered over 100 participating members since its launch in August of last year.

But its medical industry collaboration will not be without strong competition. A similar blockchain consortium was formed in April of 2018 involving healthcare players Humana Inc., UnitedHealthcare Group, healthcare non-profit Ascension and Aetna. The project is aimed exploring how blockchain could be used to make the most current healthcare provider information available in directories.