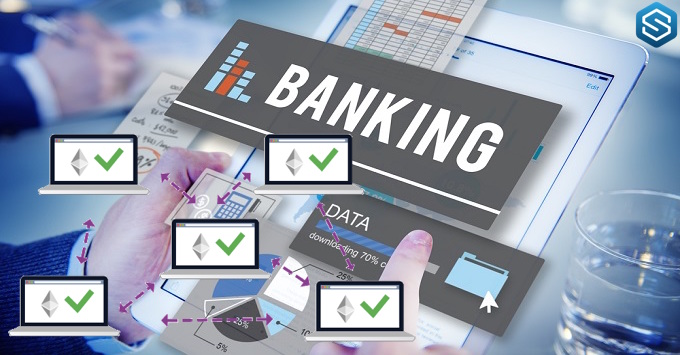 Standard Chartered, a traditional financial institution, has just used blockchain technology to complete a trade finance transaction. This is the first time the company is using the technology to complete such a deal. As initially reported by Business Times, the company’s Singaporean unit has successfully completed its first ever cross-border trade finance transaction via blockchain technology by Distributed Ledger Technologies.

Standard Chartered Sets An Example For Others To Follow

Standard Chartered generated digital trade documents for another company Agrocorp International. Agrocorp International is a company that deals with agricultural commodities. The transaction moved a shipment of chickpeas from one of its suppliers in Australia to a Bangladesh based customer, BSM Global. Some of the data on the platform included information about the origin of commodities and farming practices.
Bitcoin (BTC) Price Today – BTC / USD
Standard Chartered was able to use the blockchain platform to generate documents for digital trade that allowed Agrocorp to receive a shipment of chickpea from its supplier. The company used the technology to provide the two parties involved with the trade documents needed to complete the transaction. The bank subsequently announced that it is making plans to use this blockchain-based system to attend to its corporate customers around the world.
The head of trade at the Singaporean branch of Standard Chartered, Ujjiwal Jain, said that the technology is efficient. In Jain’s words:
“Blockchain technology allows our bank to support the entire supply chain of our clients and offers a seamless trade financing system that can be completed within a 24 hour period. This gives them free cash flow as well as working capital. This cash flow can be accessed by out clients whenever they like and they can use it to reinvest.”

Standard Chartered Partners With HSBC And Others

In October 2018, Standard Chartered entered into a partnership with HSBC and many other banks. The partnership was geared toward the creation of eTrade, a blockchain-based trade finance solution. Thanks to this initiative, the approval time for trade financing reduced from almost two days to less than four hours between banks involved.
At the time of the partnership, Reuters reported that the total trade finance transactions from this banks was about $9 trillion as in 2017. Most of these transactions were facilitated through paperwork and manual processing. All the banks that have used blockchain technology for trade financing have confessed that it accelerates the process while promoting transparency and security of global trade.

Do you think other financial institutions will follow the example set by Standard Chartered and use blockchain to speed up the trade financing process?