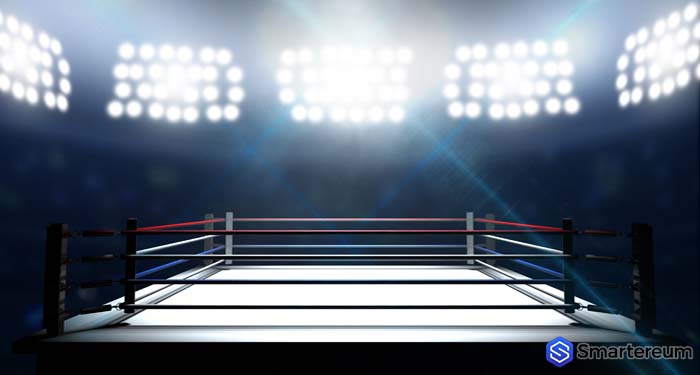 With the emergence of alternative blockchains like TRON and EOS for deploying decentralized applications (DApp) and smart contract, ethereum has lost its monopoly in the area. The battle of DApp users have intensified between Ethereum and these so-called “ethereum killlers”.

At the moment, ethereum seems to be taking the back seat in this race as most of the most-used DApps are running on other protocols like TRON and EOS.

A look at the rankings provided by DApp tracker DApp Radar shows that the top 10 decentralized apps based on the number of recent users are deployed on either the TRON network or the EOS network while there is no sight of an Ethereum-based DApp in close sight. This is a worrying trend for ethereum but certainly gives some boasting rights to the newer DApp networks, particularly TRON whose founder Justin Sun who takes every opportunity to stick it up to Ethereum proponents.

Sun recently posted a picture of the top 10 decentralized apps ranked by DApp Radar to show that TRON was dominating the DApp leaderboard. He wrote in a tweet:

At the time, there were 6 TRON-based DApps, 4 EOS-based DApps and no ETH-based DApps in the top 10 ranking. However, at the time of writing, there are TRON and EOS had 5 DApps apiece in the top 10. The list is led by PRA Candybox, a DApp for EOS token distribution 9,000+ users in the last 24 hours followed by TRON-based game Epic dragon with around 6,000 24-hour active users. EOS gaming app EOS Knights completed the top 3 with around 5,800 users in the last 24 hours at the time of writing.

The most used ethereum-based DApp according to the chart is
Ethereum decentralized exchange IDEX and it is placed at No. 37 with 867 users in the last 24 hours.

Games and gambing applications have proven to be the most effective ways to get people to use cryptocurrency—the CryptoKitties game hosted on the ethereum blockchain readily comes to mind. In a similar manner, DApp Radar ranking is contains at least 6 gambling DApps and 2 gaming applications in the top 10 places.

While Sun may boast about how his blockchain featured in the DApp ranking, the truth remains that DApp usage is very little compared to mainstream applications. The cryptocurrency proponents, developer and projects must do more to increase the number of decentralized app users to be taken seriously.

“Still funny to me that only about 20,000 users only it like scoring 2 points in a basketball game and bragging about it. Come on now it’s laughable. Tron has so much better news than this.”

Tron indeed do have better news.

Why TRON is Growing despite Bear Market

A report published on Smartereum earlier this month reviewed the activities around the Tron project which have led to its growing price despite the generally gloomy outlook of crypto markets. At the time, the price of TRX just about doubled in the space of 30 days. The gains were attributed to Tron’s acquisition and deployment of popular peer to peer file sharing platform BitTorrent and the marketing prowess of its leader, Justin Sun.

In an interview with CNBC crypto show host, Ran Neuner, Sun explained that more and more DApps are being deployed on the TRON network especially games which are interesting DApp users. He also highlighted its transaction speeds which he noted is superior to Ethereum’s as well as its consensus system which is more decentralized than that of rival EOS.

Tron’s price surge have once again been tempered by the latest slump in the entire crypto market as all top 20 cryptocurrencies excluding stablecoins are in red. Tron currently has a market cap of about $1.84 billion and its price is 8.44 percent down in the last 24 hours.