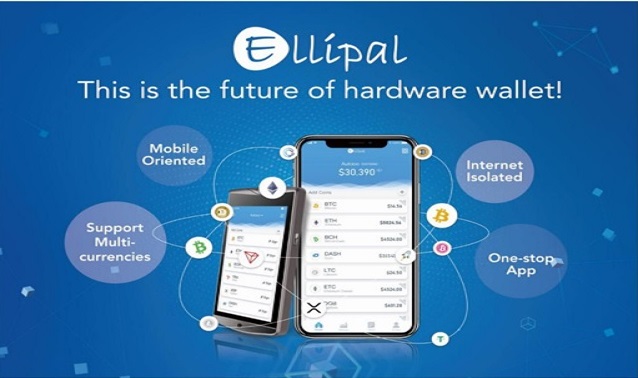 At the beginning of the new year, , the next generation hardware wallet for , has got the praise of Blockchain Connect Conference in San and rewarded the 2018 Leading Blockchain Industry Pioneer.

Blockchain Connect Conference, regarded as the famous blockchain summit in the United States, gathered the most authoritative blockchain professors and technical experts, to discuss the most cutting-edge blockchain academic research, problems, and solutions. The List of 2018 Pioneers in Applying Blockchain Technology in Industries aims to recognize the pioneering enterprises that apply blockchain technology to important industries.

We are incredibly honored to have received the 2018 Leading Blockchain Industry Pioneer, underlining the innovation it brings to the hardware wallet market.

The Next Generation Hardware Wallet, Upgrades the Safety and Convenience

Utilizing QR code technology, has developed a system that allows private keys and blockchain information to be transferred efficiently without any connection. Air-gapped hardware makes the user’s private key never touch the internet. This not only increases the convenience, it surprisingly upgrades hardware wallet safety.

App provides all the functions that users need. In the App, users can find market quotes, read , make exchanges and payments, and connect with other DApps. Compared with the traditional hardware wallet, supports users to trade anytime and anywhere based on mobile phones. Large-screen significantly improves the user’s experience, and no longer requires to operate on the PC.

ELLIPAL has received great acclaim from users worldwide and shipped to over 30 countries.

ELLIPAL’s hardware wallet has been released in September 2018. It is quickly welcomed by users around the world and has raised more than 500% in IGG crowdfunding. In 3  months, hardware wallet has been shipped to over 30 countries. And ELLIPAL’s users have spread over America, Europe, Asia and Oceania, more than 50% of them in the United States. More and more users around the world have found is the right one they have been looking for.

In 2019, will continue to develop and hardware and support more and more peoples keep digital assets securely and conveniently.