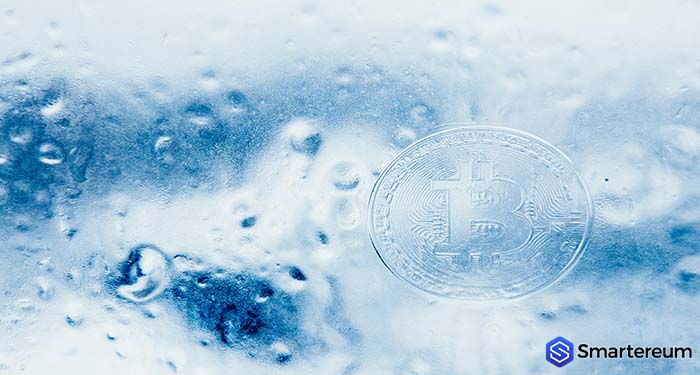 Bitcoin (BTC) and the majority of digital currencies in the market have been suffering from the bear market since last year. The effect of the bear on the market was so intense that it was referred to as “crypto winter” in December last year. The value of Bitcoin (BTC) has been on a steady downward movement since it tested its all-time high of about $20k in December 2017.

In a recent interview, Lingham said that: “The reality is that digital currency needs real use cases and adoption.” Until this happens, there won’t be another bubble. The speculation mania is over, and people are looking for real transaction volumes, usage and numbers.

Bitcoin (BTC) has been trading around the $3,500 range for the past four weeks. The digital currency tested a low of $3,322 earlier this week according to coinmarketcap.com. The warning of Lingham came after worrying reports that the digital currency could be headed for more declines before the end of the crypto winter.

According to the GTI VERA Convergence Divergence Technical Indicator, Bitcoin (BTC) is now in a new selling trend for the first time since mid-November last year. Analysis revealed that the last time such a signal was indicated by the technical indicator, the value of Bitcoin (BTC) declined sharply, dropping to $3,100 from about $6,300 in a period of two weeks.

The epic bull run of Bitcoin (BTC) in 2017 was mainly put down to expectations major bank support and institutional investment for BTC would arrive soon. As 2018 wrapped up and the expectations failed to appear, a lot of trader and investors got cold feet, exiting their BTC and digital currency positions. The plunge in the crypto market has caused many blockchain and digital currency startups to shut down or lay off workers. If this continues it would result in disaster for the burgeoning bitcoin sector.

Recently, Joseph Lubin revealed his plans to restructure ConsenSys with the aim of protecting it against the recent downward trend late last year. Joseph Lubin is the chief executive officer of ConsenSys – an Ethereum-based development studio – and the co-founder of Ethereum.

Meanwhile, the DEV team of Ethereum Classic (ETC) – the startup that developed Ethereum Classic – announced late last year that it would shut down operations due to funding crunch. On the other hand, a blockchain-based social media platform – Steemit – laid off 70 percent of its employees in November last year. The decline in the value of digital currencies has greatly affected the industry, and many firms are now shutting down or laying off workers.