Smartereum
Home Cryptocurrency Bitcoin HODL Beware! This is a Speculator Market and Your Investment is at... 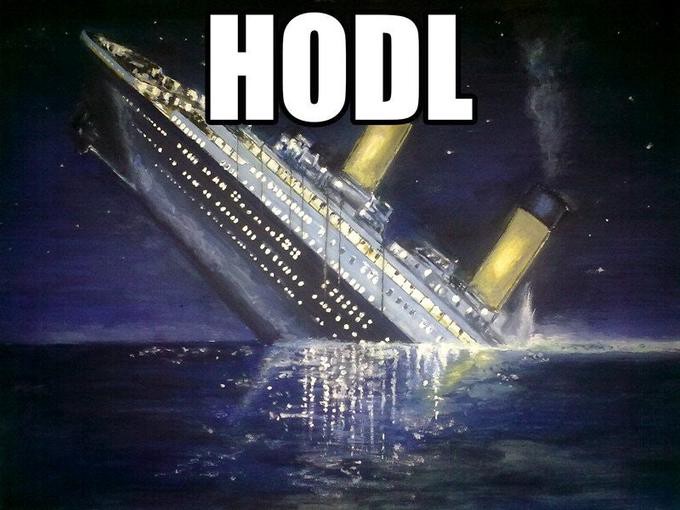 Every financial market consists of both value investors and speculators and, on average, there is always a balance between the two.  Before we discuss the tension between them and their impact on the market, let’s first understand the meaning of “value investors” and “speculators”.

Value investors have a long view on the market or on the asset, and thus are willing to buy and hold for a long period of time, usually years. They will hold the asset, as long as, they believe that it will increase in value or are “forced” to liquidate it (e.g., need to pay for their kids’ college tuition). In the context of bitcoin these are the HODL.

Speculators typically have a short time frame, from months to hours and even minutes. They attempt to predict price changes and extract profit from price movement. They care less about asset value and care more about large swings in asset price. Whether the price goes up or down is irrelevant – they will profit either way.  Based on the price direction they will take a buy or a sell position and benefit from the trade.

The Impact of Speculators on the Market

If speculators believe that a particular asset is going to increase in value, they may choose to buy as much of the asset as possible. Based on the demand and supply theory, this perceived demand drives the price of the asset up. If the entire market perceives this movement as a positive sign, it may cause others to buy the asset as well, further elevating the price. Sometimes this price movement can result in a “speculative” bubble”, where the speculator activity drives the price above its “true value”.

The same can be seen in reverse. When speculators believe that a downtrend is on the horizon, or that the asset is currently overpriced, they will sell as much of the asset as possible while prices are higher. The sell of the asset will create a downward pressure on the price, which if massive enough might create a frantic behavior of a “sell-off” that would continue until market stabilizes. Depending on the magnitude of the sell and the decrease in price, the situation could get out of hand and spiral to a complete “fire-sale”. We have seen that in the behavior of financial markets during the financial crisis, but also most recently at the end of 2018.  Financial markets, end of 2018, have experienced a sell-off that started with the technology sector but then caught up across all other sectors.

In the context of the crypto market, we probably experienced this behavior during the end of 2017 and beginning of 2018. Bitcoin price has rapidly declined, and the entire crypto market caught up in this panic sell-off across all coins and tokens.

When investors get caught up in the frenzy of big ups and downs, they might become speculators, as well, from time to time. They might have entered their position with the intention of being long-term investors (or “value“  investors), but started to buy and sell merely because others have been buying or selling. If that happens, the “value” investors themselves have entered the speculation realm, if not gambling. Because, if they have no clue why prices are going up or down and are simply following a market trend, then they become gamblers rather than investors.

When speculators are starting to control the market, “value” has no meaning. Speculators will be profiting on either direction of the market (in most cases even more on the ride down). Investors, who believe in “value”, will find no desire to participate in this market and sit on the sidelines, until they will feel comfortable enough to participate again.

Unfortunately for bitcoin (and the crypto market as a whole), the speculators have been controlling the market and the situation has been exacerbating over time and is at its worst in beginning of 2019, even though volumes have been depressed.

Let’s have a closer look on how speculators have been taking control of bitcoin trading (and the entire crypto market).

How Speculators Have Been Taking Control of Bitcoin Trading

It seems that slowly, but surely, speculators have taken control of bitcoin trading. From mid-2017 and onward, their impact has been increasing, and has become more pronounced in 2018 and especially beginning of 2019.

Let’s have a look at a few charts and investigate what has happened to bitcoin trading over the years and especially in recent months.

Main take-away from the charts above:

The most interesting observation is of what has been happening beginning of 2019.  Market has become more speculative as price remained below $4,000.

The volume chart adds another piece of information to the puzzle:

As price has been declining during 2018 so did the volume and remained at these low values until end of November 2018. When price has dropped below $4,000, volume has picked up again to around three-fold from its lows.

Putting the two observations together – increased volume and increased Speculation Index, indicates that most, if not all, of this increase volume is driven by speculators. Therefore, the increase in volume as price dropped below $4,000, is not due to investors recognizing a bottom and looking for a good opportunity to increase their long-term investors, but rather it is due to speculators buying low in order to drive the price up and then sell high.

Therefore, HODL beware. This is a market controlled by speculators.  Don’t fall into their trap. Protect your investments. Speculators, unlike you – HODL, don’t care about value. Their only goal is a quick profit on the expense of HODL.

[i] To learn more about this index and its applications you could contact the author at mr649@nyu.edu