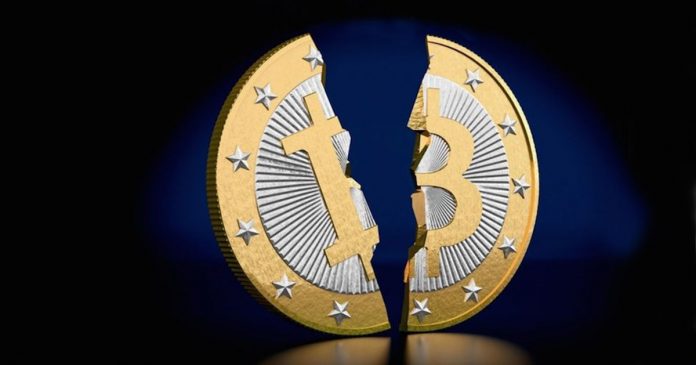 According to Ari Paul, who is the co-founder of top crypto investment startup BlockTower Capital, Bitcoin (BTC) adoption is now stagnant because Wall Street has chosen to take a “wait-and-see” approach after a season of bear market pressure has crippled the space. Paul who appears to be a cryptocurrency bull made these remarks via a lengthy tweetstorm. He believes institutional viewpoints regarding digital currencies fall into three main categories including:

Paul insists that the three viewpoints mentioned above are not actually mutually exclusive. According to the BlockTower Capital co-founder, each viewpoint has its own respective drawbacks and catalysts to facilitate adoption. However, more investors are turning to a holding pattern because of the regulatory uncertainty plaguing the space as well as the protracted market in recent months.

This showcases the sentiments expressed by the CEO of Bitcoin (BTC) investment firm Pantera Capital, Dan Morehead. According to Morehead, institutional investors will inevitably start wading into the crypto seen especially after the Bitcoin (BTC) price makes a stunning recovery. The crypto bull insists it won’t happen before then but after.

For his part, Paul insists that a lack of regulatory clarity on cryptos combined with fewer success cases when it comes to real-user adoption of the asset class have hit the industry hard in recent months.

Cryptocurrency Market May be Looking to Institutional Investors Boost the Sector

According to the report, the crypto market is actually hoping that a wave of institutional investors will take it to the next level.

Many observers in recent years had expected that influx to occur towards the end of 2018. However, their hopes got derailed due to the unexpected extended bear market. This has scared institutions according to an analyst at JPMorgan Chase, Nikolaos Panigirtzoglou.

Crypto Will Play a Huge Part of the Future

As bearish sentiment now dominates the crypto market, digital currency’s “true believers” such as the CEO of Circle Jeremy Allaire still maintains an undeterred attitude when it comes crypto. According to Allaire Bitcoin’s (BTC) skeptics are the way they are because they are not familiar with the technology. In Allaire’s words:

“People throw around ‘the asset class’ like it is a bad thing which is scary. But guess what? Cryptography is still at the foundation when it comes to protecting the modern society, and human privacy. It remains a fundamental tool for cyber defenses and of every corporation.”

Allaire also cited that the modern society heavily relies on digital infrastructure. Hence, humanity will not survive the digital age without crypto. He added:

“Crypto remains fundamental to the future of humanity. We need a resilient, tamper-proof, decentralized infrastructure if our society wants to survive the digital age.”

Allaire’s opens are optimistic for cryptocurrency having cited how important they are now and in the future. Whether his position regarding the asset class is correct or not remains to be established. However, we will know the answer to this in the long run.