Smartereum
Home Cryptocurrency BitWise Exec predicts that 95% of Tokens ‘Will Die a Painful and... 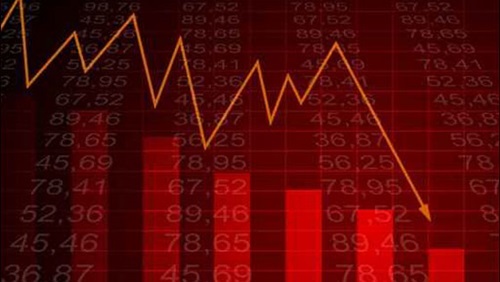 Matt Hougan, the head of research at Bitwise Asset Management, has had his take on the cryptocurrency market saying amongst other things bear market will kill a majority of the 2000 altcoins available in the market today.

Hougan, who is an expert in Exchange Traded Funds (ETFs) spoke on the ‘Masters in Business’ podcast hosted by Barry Ritholtz and shared by Bloomberg on Tuesday, Feb 5.

Bitcoin is a Bubble

He also referred to bitcoin as a bubble though he maintained that the premier cryptocurrency will not go to zero. Likening the bitcoin bubble to the dotcom bubble, Hougan explained that it will also produce winners and losers:

Referring to the bitcoin era, he said:

“It did the same thing that happened with the Internet, which is it attracted a huge amount of talent. It did bring a lot of capital and interest in development to the ecosystem. So, I do think interesting things will be born from that. But, yes, it was a difficult year in 2018. I think Bitcoin is the next dotcom. Remember, the dotcom bubble created Pets.com but it also created Amazon.”

“So, I think there are 2,000 cryptocurrencies out there, 95 percent of them are useless and will die a painful death. The sooner that happens, the better.”

The Bear Market is Cleansing the Crypto Sector

Hougan’s prediction seems to be playing out already as a number of crypto projects that raised funds via Initial Coin Offerings in 2017 or earlier are exiting the space. As Smartereum reported, ETCDEV, an ethereum classic [ETC] development team announced the shutdown of its operations citing financial challenges.

Other crypto firms are also feeling the heat resulting from the prolonged 2018 market crash which saw some cryptocurrencies lose as much as 98 percent of their value from the all-time highs. Ethereum development studio ConsenSys released some of its staff and its founder Joseph Lubin explained that the company was cutting down on unproductive projects. “It was good enough to do cool projects,” Lubin said referring to bitcoin boom, as he explained, “[ConsenSys 2.0 will be different], we are going to focus much more rigorously across the different business lines on accountability that includes financial sustainability”

Crypto enthusiasts hope that the approval of a bitcoin ETF will trigger the next bull ride as it will attract more institutional involvement into cryptocurrency. Hougan is currently assembling an index with the 10 largest digital currencies in the market.